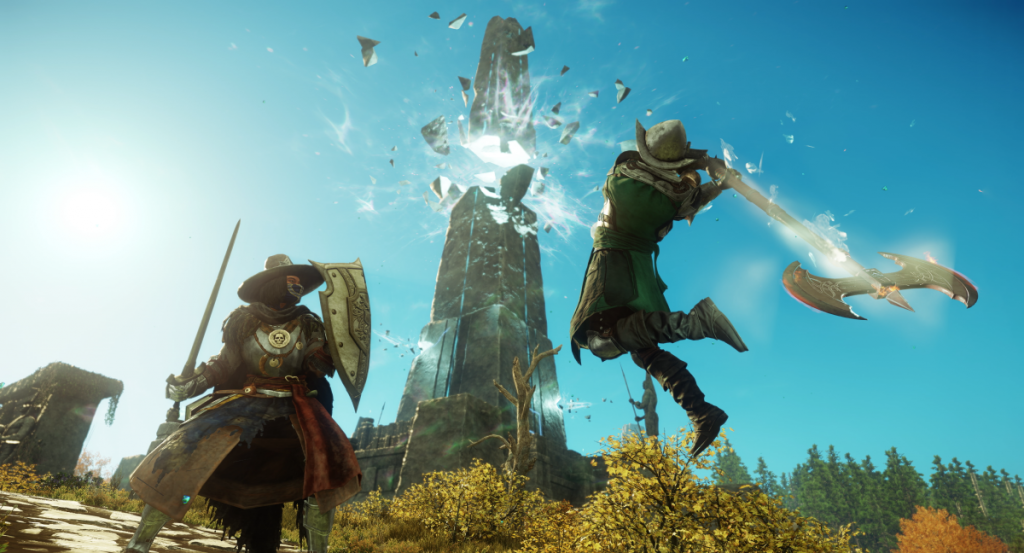 It felt like it’d been forever since we’d had a big MMO launch—until this summer. Between Crowfall, Swords of Legends Online, and Amazon’s upcoming New World, there’s now a sudden glut of them. But of those three, New World seems to be the most popular, judging by the 190,000 players who jumped into its closed beta simultaneously yesterday.

According to SteamDB, New World peaked at 190,811 concurrent players and currently has just over 160,000 playing. That’s enough to make New World the fourth biggest game on Steam, just ahead of Grand Theft Auto 5 and Apex Legends. It’s also dominating on Twitch, where it’s currently the second most popular game with just over 300,000 viewers.

There are some caveats to these numbers, though. Currently, the closed beta is accessible to those who have pre-ordered the game, but because the beta and the actual game are separate listings on Steam it’s likely that some players could’ve pre-ordered and refunded that purchase just to get beta access. There’s probably also a lot of players who jumped in without having to pay any money through giveaways or because they already had access from earlier tests. It’ll be interesting to see how the closed beta numbers compare to the actual launch on August 31.

Still, New World is looking like it’ll be the big MMO hit of the summer. For comparison, Sword of Legends Online has reportedly sold 200,000 copies in the week of its launch—which is still a lot of copies—but has only peaked at just over 18,000 concurrent players. It’s a pretty good MMO, though, once you persevere through its boring and repetitive leveling process.

As for New World, it’s changed a lot since it first was announced. Tyler played it back in May and said that it had become a more conventional MMO than suggested by early looks at its PvP keep defense battles. We’ll have updated impressions next week.

If you’re planning on jumping into the New World closed beta (you can get access by pre-ordering it on Steam), be aware that users with EVGA RTX 3090s are reportedly having their cards bricked while playing. There doesn’t seem to be a clear consensus on what’s happening or why, but it’s something to be careful of.