New World players are squabbling over whether the MMO needs horses 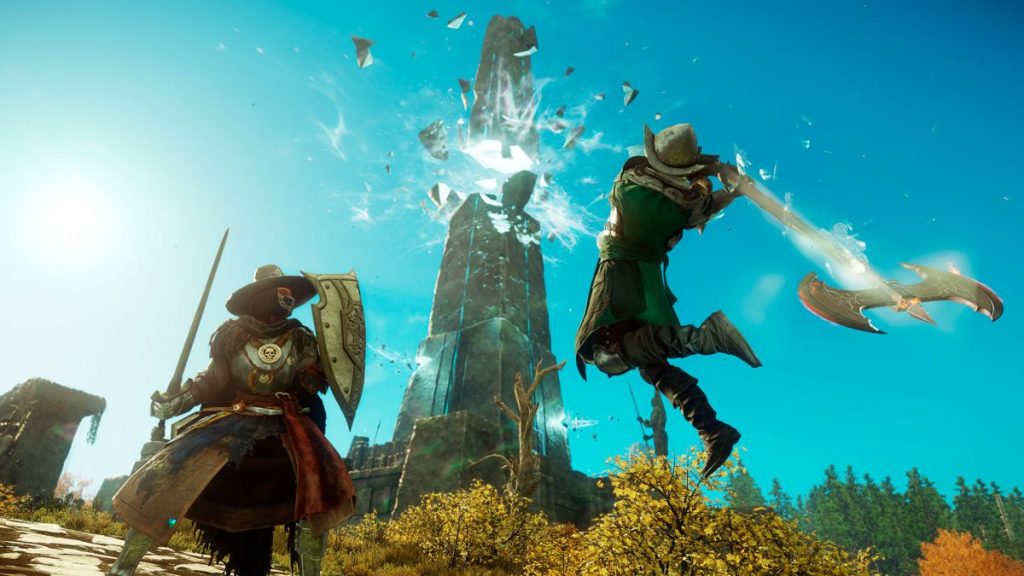 Amazon is finally set to release New World very soon, and MMO fans are hungry for it. It’s the first game of its kind in quite a while, and could turn things around for Amazon’s flailing games department. But let’s get right to the truly important question here: Should New World have mounts?

As it is, New World has fast travel and does not feature horses or other ridable animals. Fresh off the open beta, the New World community can’t agree if that’s a good thing.

Well, to be honest, it looks more like a vocal subset of the community is absolutely infuriated by the idea of mounts and curious, luckless posters who can’t be bothered to search the answer just keep walking into the trap. It’s something the game’s official Twitter account has addressed a lot.

Mounts are the most common design solution for games when fatigue of traveling long distances to already familiar places sets in. But mounts comes with losses. The team is aware of and working on this issue.September 12, 2021

“STOP asking for mounts,” one thread is titled. “We do not need mounts in this game,” says another. “Don’t add mounts! An alternative suggestion,” says a third.

Some argue that mounts will make the world feel small. Some simply say they don’t like the idea very much, and New World plays fine now, thank you very much. Or they link to a piece of lore that says animals can’t be domesticated on New World’s magical island.

A quick search for “mount” on the New World subreddit provides a suite of further examples. You can do similar searches on Twitter, and I am sure that Facebook comments on the subject are an absolute swamp.

In the end, however, the best post on the subject is this masterclass in good-natured trolling:

New World releases on September 28th, and the fans are clearly pretty invested in it already. Our Sarah James didn’t love the grind, while Fraser Brown was more than a bit put off by trying to craft a few bullets. That doesn’t change the excitement, though: There’s something here that people really want, and they’re excited to play it. They’ve already played it, a lot of it, through several open betas. They’re passionate enough that I’m definitely going to take a look at it myself, come launch.

We’ve got detective Luke Winkie on the case as a whole: “Why are so many people so excited about a game that just looks OK?,” he writes.