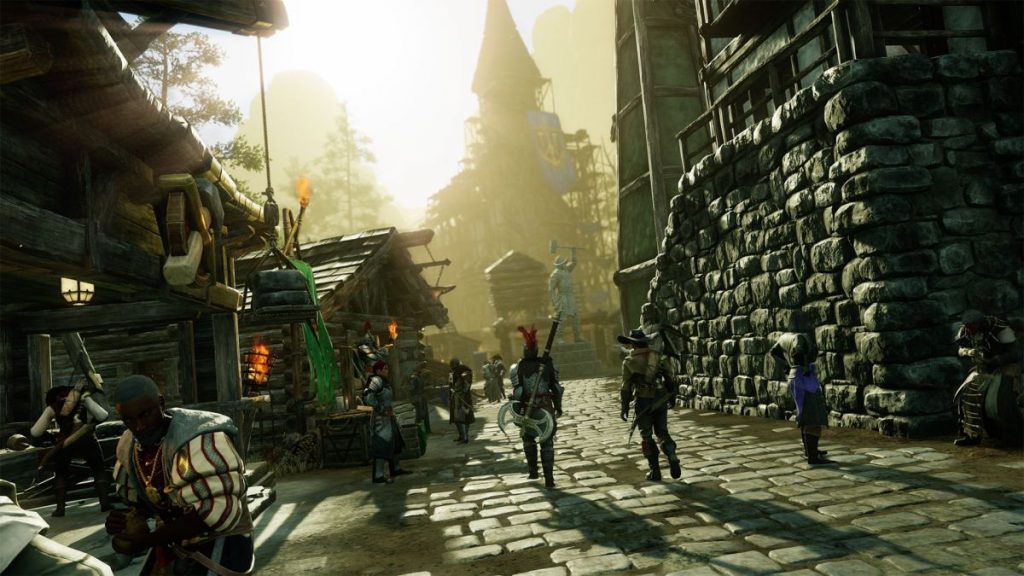 New World has a new update, version 1.0.3, and the main feature of it is server transfers. As the head of Amazon Games reflected shortly after launch: “I would have had character transfers ready on day one—we knew they were important, but we chose gameplay features as a priority running up to launch. We’ll get transfers in soon; the feature is already well in-progress.”

The server transfers feature is being rolled-out with a “safe, incremental approach,” which means that basically it’s being tested on AP Southeast region servers at this moment and, if nothing disastrous happens, Amazon Games will turn it on in all regions.

Once you’ve jumped through various minor hoops, your character will transfer with their progression intact (level, weapon mastery, titles, etc.), their inventory, storage, currency, quest progress, and houses and decorations. Obviously things like company membership and friends list does not transfer. And no, you can’t use the character transfer to have two characters in the same server.

Most notably, Amazon Games is going to put a price on this down the road. All players will receive one character transfer token for free, and there may be more to come, but you best spend it wisely. “Transferring again will require an additional token. Our team will continue monitoring world populations, queue times, and will evaluate the need for an additional wave of server transfer tokens to be given out for free. After we are sure players have had plenty of time to find the right server for them, we will later make server transfer tokens available for purchase in the store. We will give notice ahead of time when tokens are changing to a paid service.”

A welcome element in Amazon Games approach to New World is that, shocker of shockers, the giant corporate studio has a sense of humour. Thus this update gives all players two new freebies linked to its teething issues with overlong queues: the player title ‘The Stoic’ for those who “showed solid resolve in the face of epic wait times”, and the ‘Waiting’ emote.

In addition to this there are a whole load of minor changes. These include minor UI tweaks, “back-end changes to help our team investigate concerns around the client performance in War”, some tweaks to RNGesus on chests, and so on—the full list is here. New World expert Fraser Brown tells me the only really notable fix is to T4 and T5 Azoth staffs, though what caught my eye is that apparently pets were teleporting out of houses and into storage when players logged out: “Pets placed in an otherwise empty house now remain in the home after the player logs out, instead of returning the pet to the player’s inventory.”

New World has attracted a lot of players and is clearly Amazon’s first big success in games. Now that it’s been in the wild long enough players are beginning to hit the endgame, and while opinion is mixed the game has retained a playerbase significant enough to make it a serious long-term prospect. It’s not the WoW killer, because there’s no such thing. But it’s going to be around for some time to come.