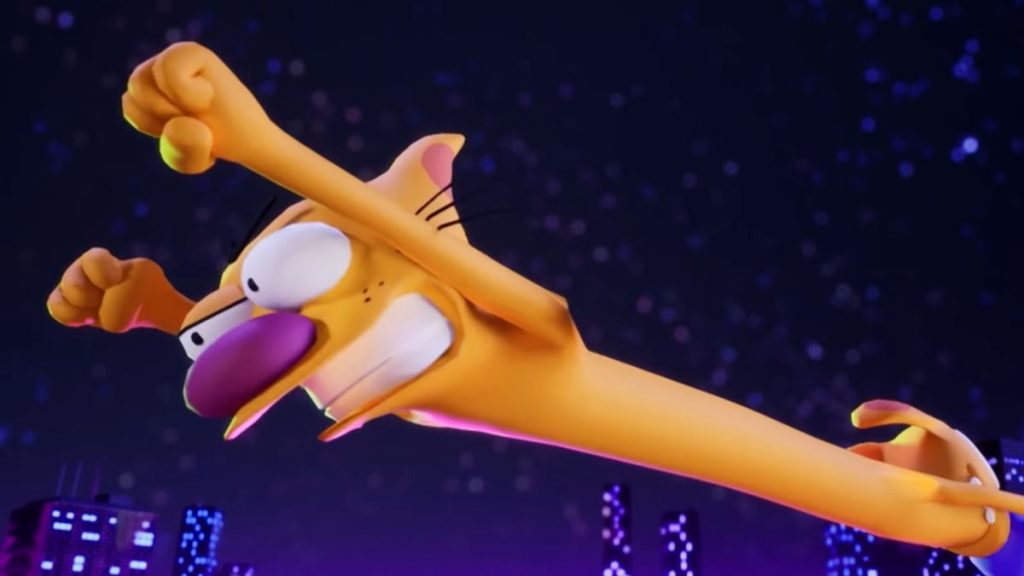 It’s truly April O’Neil’s year. The yellow-jumpsuited reporter who investigated her way into the hearts of cartoon lovers everywhere was previously revealed as a playable character in TMNT: Shredder’s Revenge. Now Ms. O’Neil is also joining the cast of “Smash Bros. Killer” Nickelodeon All-Star Brawl. You can watch the trailer above for a look at how she’ll smash your face in with a microphone.

As if that weren’t enough, the criminally underrated CatDog will also be joining the cast. True to the cartoon, CatDog will use both sides of their conjoined body to smash fellow Nick characters with fire hydrants and bulk up their muscles enough to make Schwarzenegger blush. I’m betting CatDog will be a fan favorite since their aerial attack lets you punch in both directions.

Previously, an error led to Nickelodeon All-Star Brawl to only be announced for consoles, leaving PC gamers questioning if we’d ever get to relive the after-school nostalgia train. Thankfully, a PC version has been confirmed at the Gamescom Future Games Show. Here’s its page on Steam.

If you’re just hearing about it, it’s pretty much exactly what you think it is: A Smash Bros.-style fighting game with Nickelodeon’s deep, deep cast of characters to pull from. We’ve got the greats like Spongebob and Patrick, Reptar, Invader Zim, and even Aaahh!!! Real Monsters’ Oblina.

Lesser known characters (at least to us senior citizens) include The Loud House’s Lincoln and Lucy Loud, Danny Phantom, and presumably more on the way. Arenas span everything from Bikini Bottom’s jellyfish fields to the Loud House house.

We’ll inevitably hear about more characters as we get closer to All-Star Brawl’s fall 2021 release date. I’ve got my fingers crossed for literally anything from Avatar: The Last Airbender, but I’ll settle for Jimmy Neutron’s dog.

Don’t forget to check out everything else from Gamescom in PC Gamer’s news section.