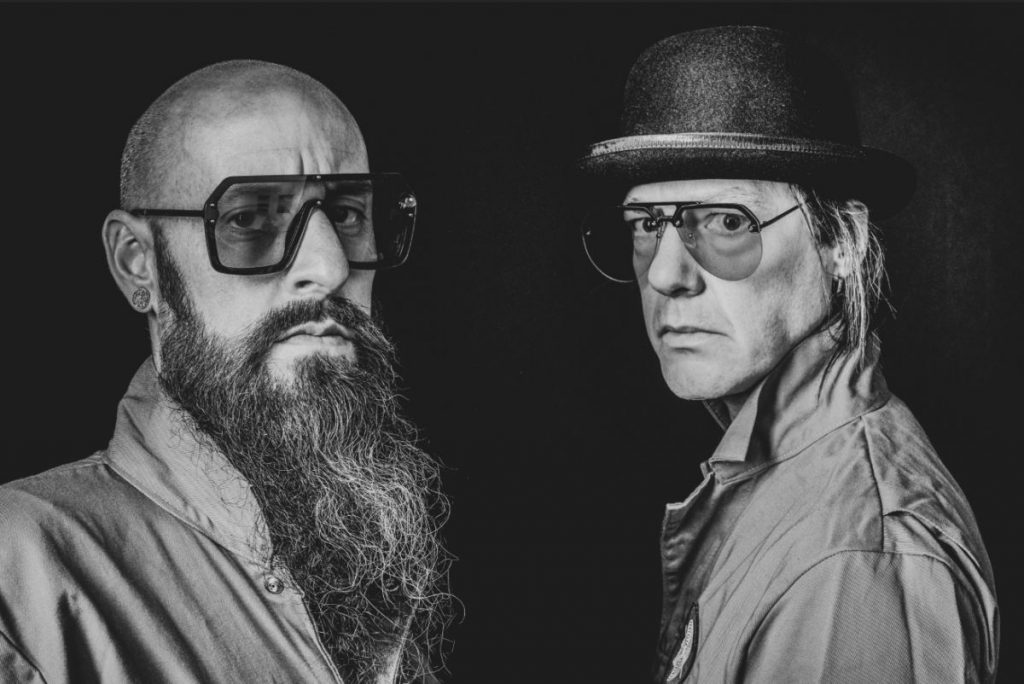 “Auuhghheeahhhaeahhhaeahh,” is the only audible speech in the video above, but what I think artist Morgan Sorne is trying to say with that impression of an approaching TIE fighter is that Nine Inch Nails guitarist Robin Finck has opened a new game studio with Spec Ops: The Line creative director Cory Davis, and together they’re working on a singleplayer “cosmic horror game.” The game hasn’t been titled, but the studio is called Eyes Out.

Aside from directing Spec Ops: The Line, Davis created PlayStation VR horror game Here They Lie, and has credits in FEAR and Condemned 2: Bloodshot.

Finck has toured with Nine Inch Nails since the mid ’90s, and was briefly a member of Guns N’ Roses, replacing Slash from 1997 to 1999. He’s worked on game music, too—he helped score sci-fi thriller Observation—and was inducted into the Rock and Roll Hall of Fame last year.

A word that caught my eye in the duo’s description of their studio is “synesthesia,” which they say emerges from the combination of “music, narrative, and interactive experiences.” I wondered if the neurological phenomenon was truly a guiding concept for the studio, or if it was just flavorful word choice. They didn’t elaborate too much, but Davis and Finck confirmed that the word was chosen purposefully.

“We’re referring to the crossing of the senses, where the perception of one leads to the experience of another, both in the development of the game and in the player experience as these elements are intertwined,” they told PC Gamer.

The mood of the studio’s project isn’t too hard to pick up from the teaser video, but no specifics about the horror game in development have been revealed, except that it’ll be a singleplayer game “with strong environmental storytelling elements.” If we can glean anything else from the video, it may be in the text that appears:

Not sure what to make of that except to say that it sure sounds like a cosmic horror game.

We’ll hear more in “the months to come,” say Davis and Finck, and there’s more info about the development team on the official Eyes Out website.