Home » No Man’s Sky Frontiers: How to find a settlement on your home planet

No Man’s Sky Frontiers: How to find a settlement on your home planet 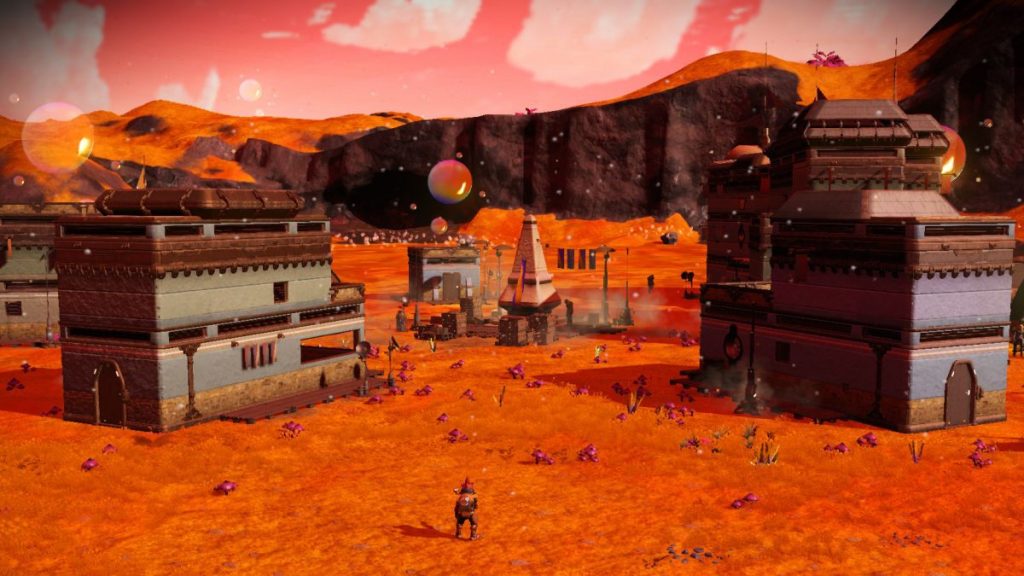 Finding a settlement is easy in No Man’s Sky Frontiers. The Frontiers update added settlements that you can manage and expand, build new structures on, defend from enemies, and resolve disputes between citizens. You can get started with the new settlement system as soon as you launch the game.

There are two ways to find a settlement, and you may want to consider both, especially if you want to manage your settlement on a specific planet instead of a random one.

How to find your first settlement

The easiest way to find a settlement is just to climb into your ship and leave whatever planet you were on. After installing the Frontiers update, you’ll receive a radio message in space, a distress call from one of the new settlements. Listen to the message and the settlement’s location will be added to your galactic map. Most likely it is in a nearby solar system, a quick warp jump away.

But the settlement generated from this quest will be on a random planet in a random solar system. That planet may have toxic or radioactive weather, aggressive sentinel activity, volcanoes or constant fires, or just be a place you don’t want to spend a lot of time on. Plus, you may already have a favorite home planet where you built your base, and you might want to do your settlement management there instead of some stinky gas rock.

How to find a settlement on your home planet

If you want to specifically choose which planet or moon your settlement will be on, then ignore the quest completely and instead go to the nearest space station. Talk to the cartographer there, and you’ll be able to buy a settlement map (it’ll cost 5 navigational data).

Then head to the planet you want to find a settlement on. As long as it’s inhabited (not a dead planet with absolutely no life) there will be a settlement on it somewhere. To find it, land on the planet, get out of your ship, and use the settlement map you bought in your inventory.

Note: It may take more than one try—the first settlement map I bought pointed me to one of those small buildings with a vendor that were already in the game before Frontiers. If that happens, a quick jump back to the space station to buy another settlement map and you’ll be able to try again.

When the map locates a settlement, just fly to the icon and you’ll be able to talk to a settler to begin managing the settlement.

How to find 5 navigational data

If you haven’t played in a while and can’t remember where to collect the navigational data needed to buy a settlement map, the easiest way is simply by searching space stations. Check on tables, especially in those lounge-like rooms with the closed doors, and even on some vendor’s counters.

You’ll see a glowing object like a cube, and when clicked, they’ll usually give you navigational data (sometimes they’ll only give nanites). I had to spend 10 navigational data for my two settlement maps, and wound up searching six space stations for them, which doesn’t take long if you use the teleporters to travel between them.