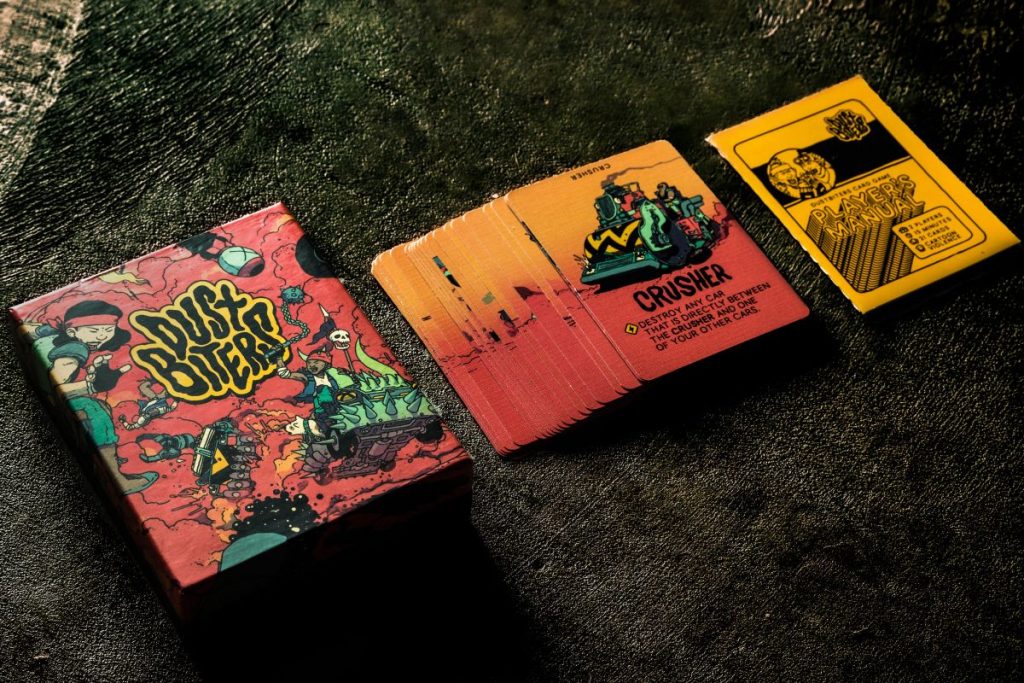 I do love a quick, low-card-count tabletop game—as do we all. Dustbiters, kickstarting now, is one of those great little games that doesn’t take much time to play but is pretty dang fun and fits between other games. So here’s one from a pretty well-regarded team of designers, indie game virtuosos behind games you may have heard of like Nuclear Throne, Minit, Sludge Life, Genital Jousting, Broforce, Ridiculous Fishing, Desktop Dungeons, et cetera.

Dustbiters is “a quick and furious card game about rival car gangs racing to outrun a giant dust storm” which is true in as much as I have played it and it was quick and also made me and/or the person I played against furious. Furious that they did not win. Each round you take actions using vehicles you control that cause chaos, destroying enemy vehicles or saving your own from the all-consuming dust storm chasing your post-apocalyptic convoy.

I quite liked the rounds of Dustbiters I played, enough at least to toss it into my pile of little card games to bust out at convenient times. It’s the kind of game I’d take with me to camp out and buy a new graphics card, or wait in line at conventions.

You can find Dustbiters on Kickstarter.