Home » Nvidia Broadcast update will make sure your screams are heard

Nvidia Broadcast update will make sure your screams are heard 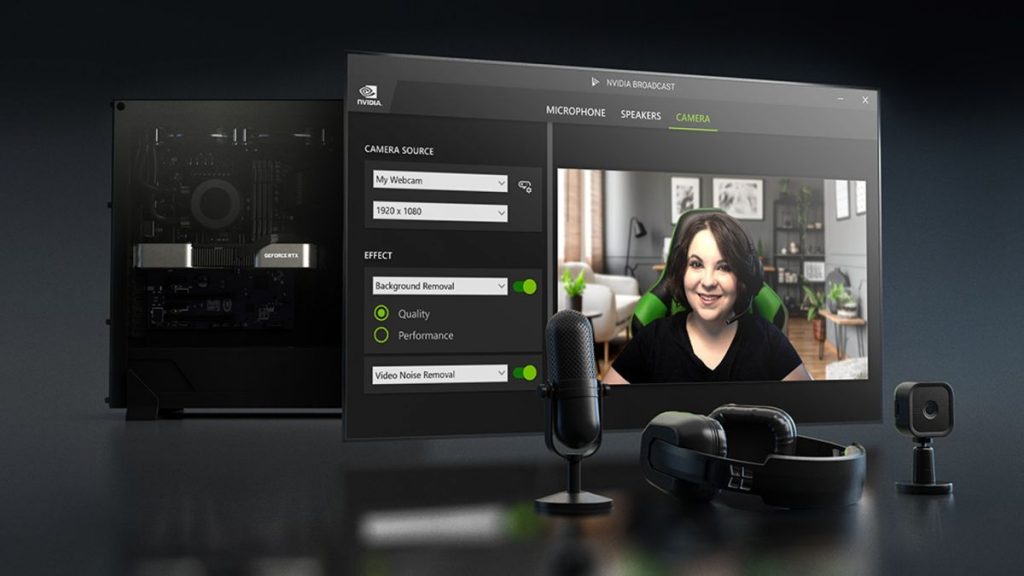 As someone who works from home and lives next to the notoriously screechy BART tracks in the Berkeley area, an app like Nvidia Broadcast seems like a godsend for reducing background noise and generally making video calls or streams less of a chore. It’s nice then to see that Nvidia Broadcast is receiving a big update that further improves audio filtering and more.

Nvidia Broadcast’s 1.3 update’s big addition is improved noise reduction for high or loud voices. Nvidia notes that Broadcast previously had issues with streamers (especially those with  naturally high-pitched voices) being accidentally filtered during louder moments. Say you just defeated a raid boss in Destiny 2 and want to shout out your triumph, or that you just got spooked by the new ghost in Phasmophobia and cried out like someone dropped ice down your back. 1.3 adds in dedicated training sound profiles to better learn your voice patterns while still filtering out unwanted noise.

Of course the other half of video calls or streams is actually getting to see your coworkers/adoring fans/adoring coworkers. Nvidia Broadcast 1.3 adds in support for more pro cameras, virtual cameras, and capture cards: Canon EOS Webcam Utility, Nikon Webcam Utility, Sony Webcam Utility and (perhaps most importantly) OBS Virtual Camera.

If you’re worried about having another app to slow down your struggling rig, Broadcast’s 1.3 update is also further reducing VRAM usage by an additional 40% in addition to its previous update’s VRAM requirement cut. That’ll come in handy when you’re using multiple parts of Broadcast’s AI features, like the auto-framing that will follow your face as you move around.

Keep in mind that Broadcast will only work on RTX cards. The update launches on Friday.