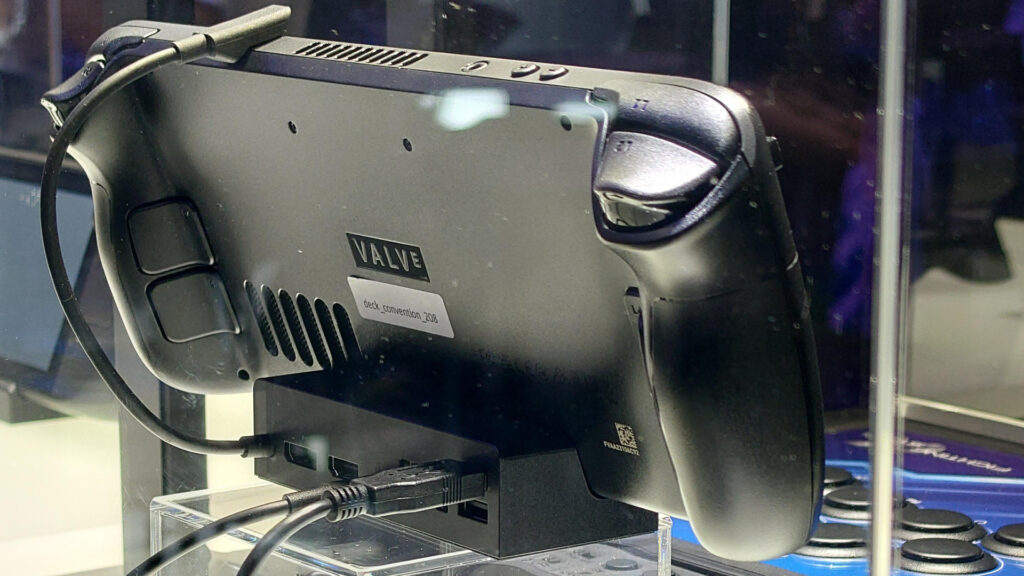 The official Valve Steam Deck dock is a sought-after accessory, and fans have been hoping to get hold of it since the handheld PC’s debut. Now, the wait seems to be coming to an end, as the accessory has been sighted at this year’s Tokyo Game Show. The dock was originally due to arrive late Spring, and while there are great alternatives out there, some of you are still holding out for the “real” thing.

The Steam Deck dock photo was taken at TGS by Reddit user ElderberryLarge9104, along with another on a different post that shows the Valve accessory in more detail. From this angle, you can see the ports that it comes with, such as the DisplayPort, HDMI, and USB-C. Its official status doesn’t mean it will automatically be the best Steam Deck dock, but we’re curious to see what it has to offer against Jsaux’s offerings.

Currently, there’s no indication of when the dock is likely to emerge, and ElderberryLarge9104 hasn’t given any more details about what they saw outside these two photos. And of course, because this is the internet, some users have already expressed concern over its lack of USB-C ports.

The reason for the delay – according to Valve – was due to parts shortages brought on by COVID-19. Fortunately, third-party options like the Jsaux Steam Deck dock pack similar features, like 100W power delivery and the potential to run games at 4K 60fps. Compatible Belkin and Anker USB-C Hubs are also an option, even if they aren’t really built with the Steam Deck in mind.

Alternatives aside, it’s great to see Valve’s Steam Deck dock in the flesh, and its TGS appearance means it’s no longer vapourware. All we need now is a solid release date and a price tag, the latter of which could be steep due to its official status.