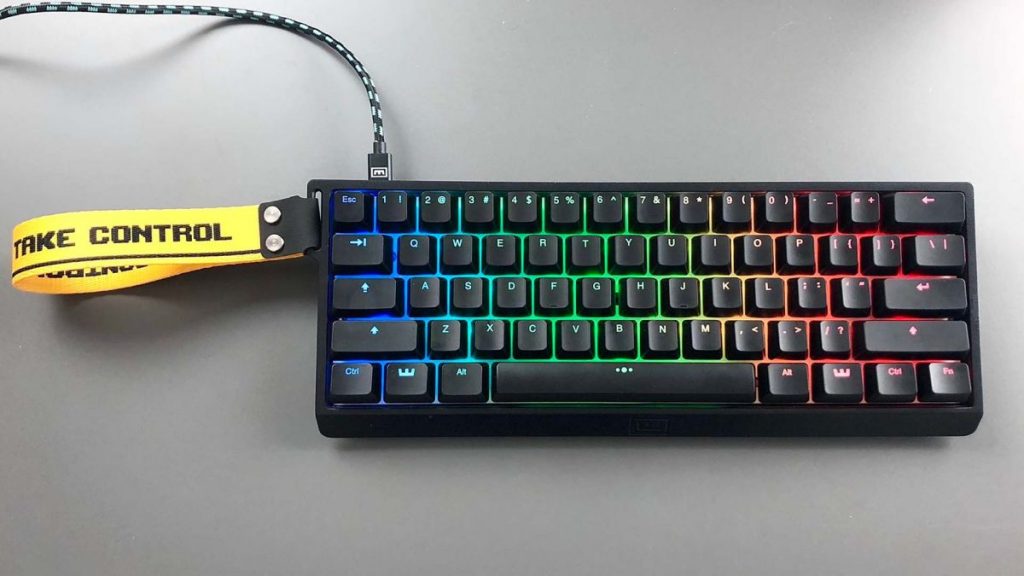 Keyboards aren’t known for their analogue expertise, yet there’s one brand of mechanical board that really nails it: Wooting. I’ve been a fan of both the Wooting One and Wooting Two keyboards for quite some time now, giving both perfect scores in a previous life, but something new this way comes. Something smaller.

It’s called the Wooting 60HE, and it features analogue Lekker switches with adjustable actuations, along with all the benefits included with the newer Wooting Two HE, in a highly compact package.

It’s pretty darn cute, too, as most 60% keyboards are. But what makes it special are those Lekker switches.

Previously, Wooting boards used Infra-red Flaretech switches, which used the magic of light to offer adjustable and incremental action for each key switch. Those switches have since made way for Lekker switches, which use a magnet and Hall effect sensor instead.

Either way, what this means is that the Wooting is able to offer analogue control in much the same way as a controller. It’s kind of a strange concept for resolutely PC gamers used to a digital on/off keyboard switch, but you get used to it after a few hours.

It’s pretty handy for controlling the gait of your walk, steering (when all else fails), and you can even use it to create macro shortcuts depending on how hard you press a key.

That last one was a bit beyond my demands of a full-size or even TKL keyboard, but it could work wonders for a little 60% board like the 60HE.

Wooting will open up pre-orders for this little board from September (so any day now). There’s also the larger Wooting Two HE that’s up for preorder now, for delivery in October.