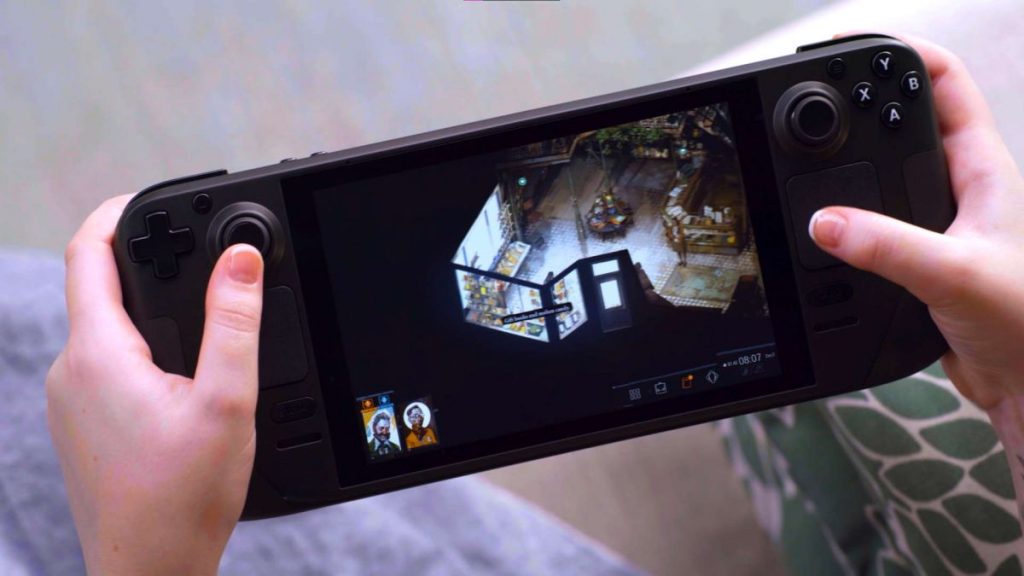 Whatever your thoughts on the final aesthetics of the Steam Deck, early prototype versions looked markedly worse. According to Valve developer Pierre-Loup Griffais, Valve would give early prototypes “appropriate names” and if you’re calling one of them “Ugly Baby” then one can only wonder at the true horror of that device.

If you remember any of the images of the Steam Controller prototypes you’ll have an idea just how Frankenstein’s monster some early versions can look. The first controller test unit was seemingly just half an Xbox controller gaffer taped to a PlayStation Move stick.

In the full IGN interview with Gabe Newell and Pierre-Loup Griffais about the Steam Deck, host, Ryan McCaffrey, asks about what some of the other names had been for the new handheld gaming PC from Valve.

Newell responds with: “Steam Buddy, SteamPal…” the latter of which was disclosed by Steam code updates alluding to the name back in May. Those leaks also reference the SteamPal by its codename, ‘Neptune’. And honestly none of those really float my boat, with the Neuromancer-style Steam Deck feeling far more appropriate for new tech.

But Griffais jumps in to talk about the names they gave early test devices.

“Very early on we had pretty terrifying prototypes so we gave them appropriate names,” says Griffais, “like Ugly Baby, and things like that. Those weren’t great

If we’re being entirely fair, Griffais doesn’t specifically say they actually called one the ‘Ugly Baby’, but he pulls it out of the air so quickly I’ve got to think at least one of the first ‘terrifying prototypes’ would have born that moniker.

I hope one day we get to see the early devices that might have lived up to such a name. In some dank basement, somewhere in Bellevue, there’s a smashed up Switch with two halves of a Steam Controller taped to either side of the screen, hoarsely whispering into the darkness: “Kill… me.”

Whatever, these names are all far more interesting than the initial moniker given to the project that would become the Valve Index VR headset: ‘Frank’. I mean, really? After the cancelled ‘Vader’ VR prototype project the devs and engineers had clearly given up on cool names for virtual reality sets.