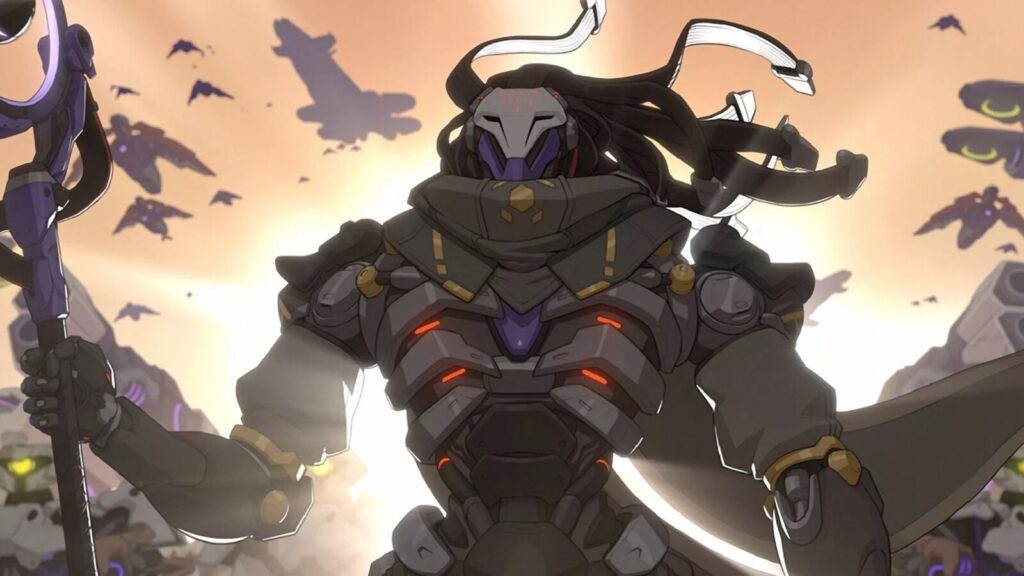 Launching alongside Season 2, the new hero – a tank from the same brotherhood of monks as Zenyatta – is reportedly designed to hold off other tanks in a bid to improve the free-to-play shooter’s combat balance.

Ramattra has two forms; the defensive Omnic form, and Nemesis, which is just as aggressive as it sounds.

“The leader of Null Sector is on a mission to create a better world for Omnics… no matter what it takes,” is all the video’s description tells us, along with revealing Ramattra’s arrival date.

“I really enjoy how Ramattra runs that balance of a character with a barrier who can protect his team, but also someone who can be ruthless and charge,” narrative designer Gavin Jurgens-Fyhrie told GamesRadar+.

“There’s this fun strategy where you’re trying to figure out, how safe are you? How far can you go? Can you push the team with you? Can you lead from the front and pull them with you? It’s very Ramattra, because he is a battlefield commander. He’s someone who inspires people around him. Pulling people together and charging with them is both his personality and a strategy that I like to use.”

ICYMI, Overwatch 2’s character Mei has been temporarily disabled by Blizzard due to a game-breaking exploit – and won’t return for two weeks.

Mei, one of the game’s damage characters, has an ability called Ice Wall, which projects a huge wall of ice in front of her. Ice Wall is a useful ability which can block the opposing team’s path and line of sight. And players found a novel way to use it, albeit not without some bugs.

Overwatch 2 has been plagued by problems since launch, from controversial SMS verification, to DDoS attacks, and an auto-purchase bug. Consequently, Blizzard recently polled Overwatch 2 players to get their views on the game’s Battle Pass and in-game store.