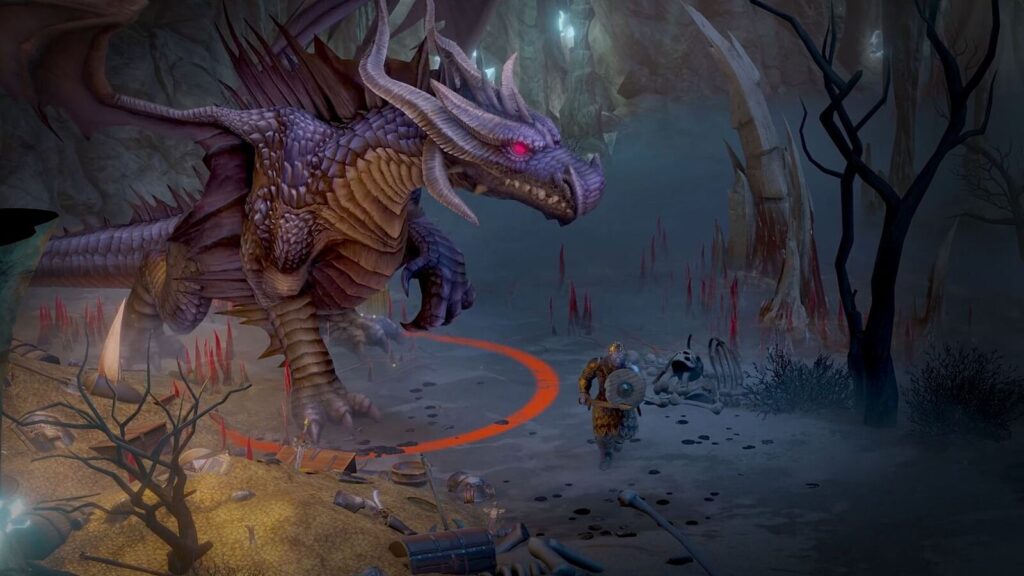 Fantasy RPG sequel Pathfinder: Wrath Of The Righteous is going roguelike for its third paid DLC, the piratical The Treasure Of The Midnight Isles, setting sail on August 11th. Devs Owlcat Games are also launching an Enhanced Edition of the game as a free update for PC, coinciding with its arrival on console on September 29th. Board the creepy, boney vessel and set sail for some loot in the trailer below.


The Treasure Of The Midnight Isles can be taken on as a standalone roguelike experience or played as part of the game’s campaign, Owlcat say. The expansion is set in an archipelago rammed to the gills with booty to loot. Just keep that one un-patched eye out for monsters who’ll try to stop you pillaging it. To get to the Midnight Isles, you’ll have to board a weird osteological nightmare of a sailing vessel that may just be cursed. If your hearty party perishes along the way then, hey, Owlcat say their progress will help the next time you tackle the Isles.


The hefty base game was released in May last year, and Nate had a jolly good time with it in his Pathfinder: Wrath Of The Righteous review-in-progress. Too much of a good time, possibly, as it’s proper huge. “It feels a bit like I’m reading a 3,000 page fantasy novel, but constantly having to put down the book to decide how each fight gets won,” he said. Someone get Brandon Sanderson on the phone, he’d be all over that.


Pathfinder: Wrath Of The Righteous’ The Treasure Of The Midnight Isles DLC will be coming to Steam, GOG and the Epic Games Store on August 11th.