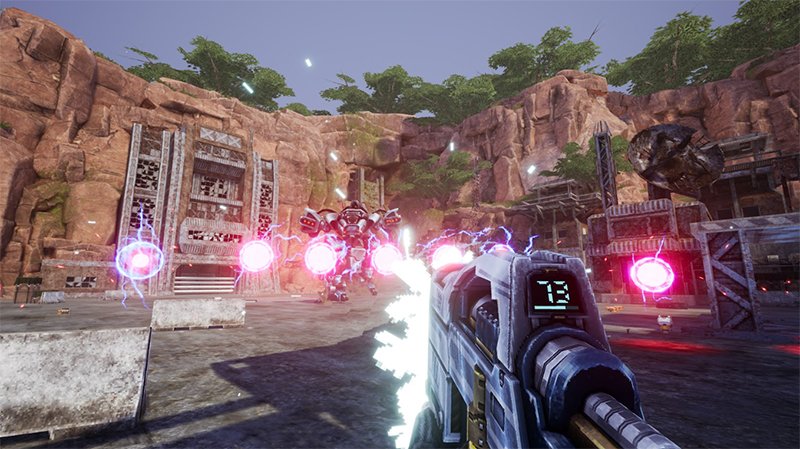 Ion Fury (which was previously known as Ion Maiden) was one of the bigger retro shooters when it came out in 2019. And instead of making a fairly typical sequel, Slipgate Ironworks made Phantom Fury in a whole new style, as shown in its announcement trailer. Shelly “Bombshell” Harrison’s latest adventure is coming to PlayStation 5, Xbox Series X|S, Nintendo Switch, and PC in 2023.

The reveal trailer that kicked off 3D Realms’ Realms Deep presentation shows the new style in action. It has plenty of familiar elements from Ion Fury like the main character and weapons, but it no longer looks like a first-person shooter from the Doom era and instead looks like it came out in the late 1990s or early 2000s. The most obvious evidence of this change is that it now has full 3D models instead of looking like a typical 2.5D Build Engine game.

Aside from the 20 weapons and a ton of upgrades, Shelly has some new tools this time around, most notably her bionic arm. It gives her new abilities and can even be used to solve puzzles. Slipgate also noted that players will be able to interact more with the environment, which includes the little things like playing air hockey to larger, more gameplay relevant actions like piloting vehicles. The team said that if players can see it, they can probably play with it. Each mission also reportedly comes with “surprising ways to interact and creatively circumvent obstacles.” Slipgate Ironworks and 3D Realms CEO Frederik Schreiber gave a statement on the shooter, calling it the game the studio “wanted to make for almost a decade.”

“We’ve been quietly working on Phantom Fury in hopes of really surprising everyone at Realms Deep,” said Schreiber. “This was a game we wanted to make for almost a decade, and It feels awesome to finally show it to everyone. We know you’ll love going on this explosive road trip next year.”

MORE: PS VR2 Will Not Be Backwards Compatible With PS VR Games