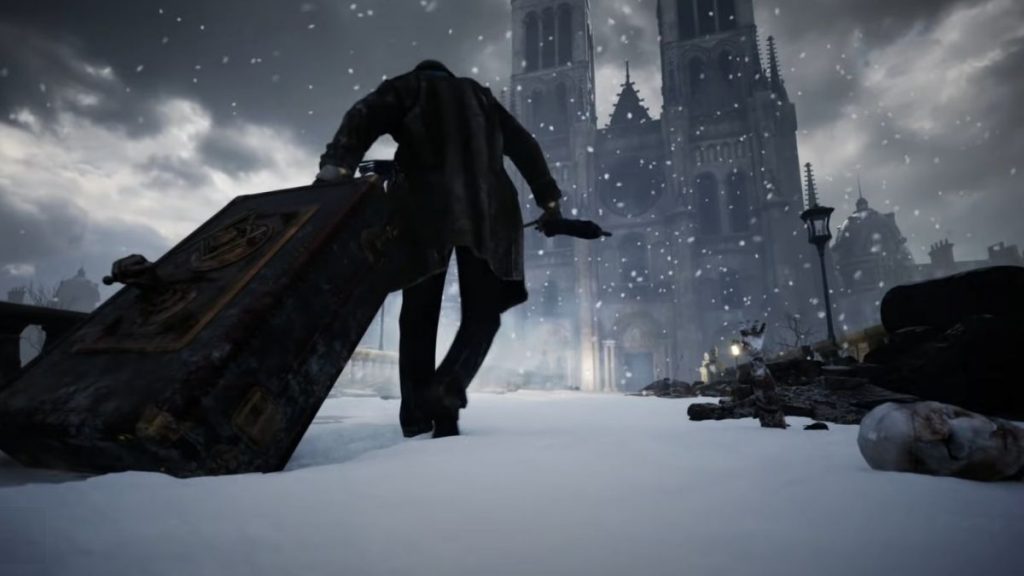 Everyone remembers the classic tale of Pinocchio, right? A wooden boy who comes to life, his nose growing whenever he lies, learning to become a real boy by cleaving monsters into bloody giblets with a whopping great axe.

Hold on, that last part doesn’t sound quite right.

Popping up with a new Steam page this week, Lies of P adapts the Carlo Collodi children’s tale into a grim Bloodborne-alike hack ‘n’ slasher. The trailer has all the hallmarks of a From Software joint, too. Choral wailing, grand overwrought architecture, corpse-strewn fields and mangled monsters. Even Geppetto’s get-up could’ve easily been pulled from Bloodborne’s wardrobe.

Playing as the wooden lad himself, you’ll be carving your way through the ruined city of Krat to find your maker. In what sounds like a fascinatingly weird twist, Lies of P stays faithful to the source material with quests that allow you to “lie” through them. The more deceitful you are, the more human you become, with its own set of associated pros and cons.

Developer Round8 Studios will have missed a trick if you can’t grow your nose long enough to turn it into a sword, mind.

Lies of P will be the developer’s second game following Bless Unleashed, an MMO that launched in full earlier this month that (from a skim of the game’s Steam reviews) sounds entirely ‘fine’. Lies of P seems all the more ambitious in its goals, taking direct shots at Dark Souls—a dangerous game, considering we’re less than a year out from Elden Ring.

There’s currently no release date planned for Lies of P, but expect to catch a gameplay trailer over on the game’s official website sometime “soon”.