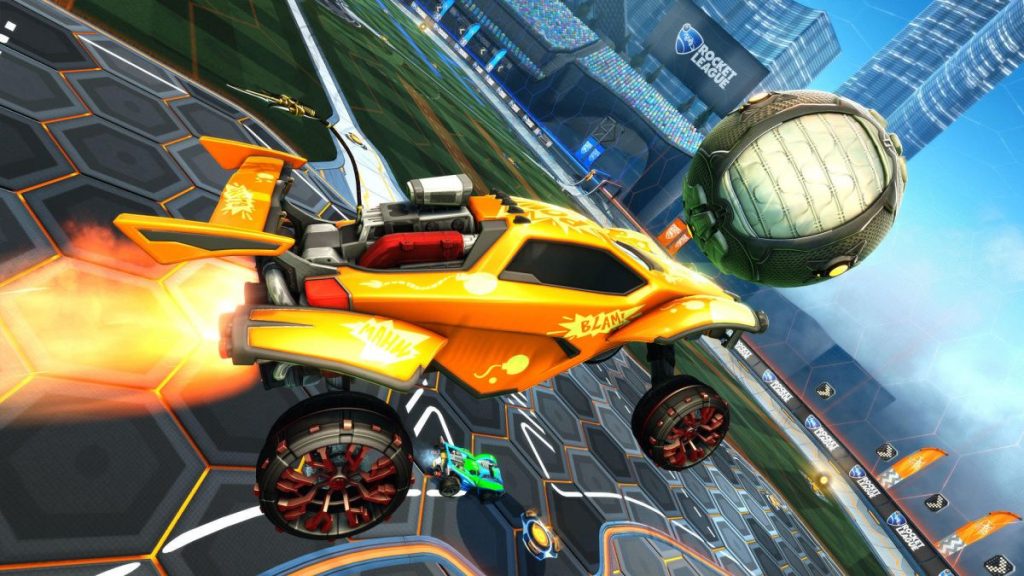 Rocket League Season 4 starts this Wednesday, and along with the competitive rank reset and new cosmetic items, Psyonix has tucked in a change to the casual playlists: Players will now be penalized if they abandon more than one casual match per day.

Over on the Rocket League subreddit, many players are expressing confusion and disappointment. One of the top posts with 12.9K upvotes is titled: “No one asked for this. Its CASUAL for a reason.”

“I put family first when interrupted during a game (any game). It’s how I believe you’re supposed to be a responsible parent,” wrote one player who doesn’t like the change. “Casual play in Rocket League has meant I haven’t had to completely give up online games. Pick up any time you might be free. But if real life comes knocking? No worries, just quit and play later.”

As that poster indicates, players can currently abandon casual Rocket League matches (usually 5-7 minutes long) whenever they want without penalty, which is increasingly rare in multiplayer games. When a player drops, they’re instantly replaced by a bot, which may then be replaced by a new player plucked from the casual matchmaking queue. With this change, the casual playlists become more like Rocket League’s competitive playlists, where abandoning a match without a unanimous team vote to forfeit gets you a matchmaking timeout (with one consequence-free drop per day, which you don’t get in competitive play).

For players such as the one quoted above, feeling free to drop at any time is the most important distinction between the casual and competitive playlists, so a common criticism is that the change entirely defeats the purpose of casual mode.

Others have argued, however, that someone who drops occasionally to react to the real world (a kid needs something, the pizza arrives, your fish falls out of its bowl) shouldn’t even notice the rule change. In competitive, matchmaking bans start at 5 minutes for dropping once. If you abandon another match within 12 hours, the timeout goes to 10 minutes, then 20 minutes, then 40 minutes, 1 hour, 2 hours, and finally 24 hours. The new casual system doesn’t penalize you for the first drop of the day, so a player would have to abandon four matches in one day to get a 20 minute matchmaking ban. Presumably, a decent chunk of that 20 minutes is going to pass while that player is doing whatever pulled them out of a match for the fourth time in one day.

More likely to be affected are players who’ve made a habit of dropping and immediately requeuing whenever they aren’t winning or don’t like the other players in the match, and that seems to be who Psyonix is targeting with this rule. Some players agree with the decision. They don’t see casual as a place to goof off or ditch teammates just because the other team scored one goal. They want to play for real, just without the pressure that comes with moving up and down a ladder in ranked. Competitive modes can be stressful, especially if you end up with temperamental teammates.

For a little context, Apex Legends and Rainbow Six Siege have no leaving penalties in their casual modes, while Valorant features a timeout system similar to Rocket League. Overwatch lightly penalizes casual leavers by dropping their ‘endorsement level’—a reputation score, basically—but that doesn’t stop them from matchmaking again immediately.

I’ve asked Psyonix if it has anything new to say about the update now that players have reacted, and I’ll let you know if I hear back. Either way, we’ll have a better idea of how much the new rule actually changes things when it takes effect, which should be soon. Rocket League’s Season 4 update goes out today, and the season starts Wednesday morning at 8 am Pacific. There’s more info about the update in the blog post, including an explanation of the rule change.

I rarely leave matches, so the change doesn’t affect me except in that I finally have some minor Rocket League controversy to talk about. As our Destiny expert, Tim gets to write about all kinds of stuff people are mad about, like “seasonal artifact resets,” whatever the hell those are. Me? I get mad at the ball sometimes when it bounces in a way I don’t like, but there’s been hardly anything to rile up Rocket League players in general since the Epic Store and free-to-play move. Thanks for throwing in a dash of spice this week, Psyonix.