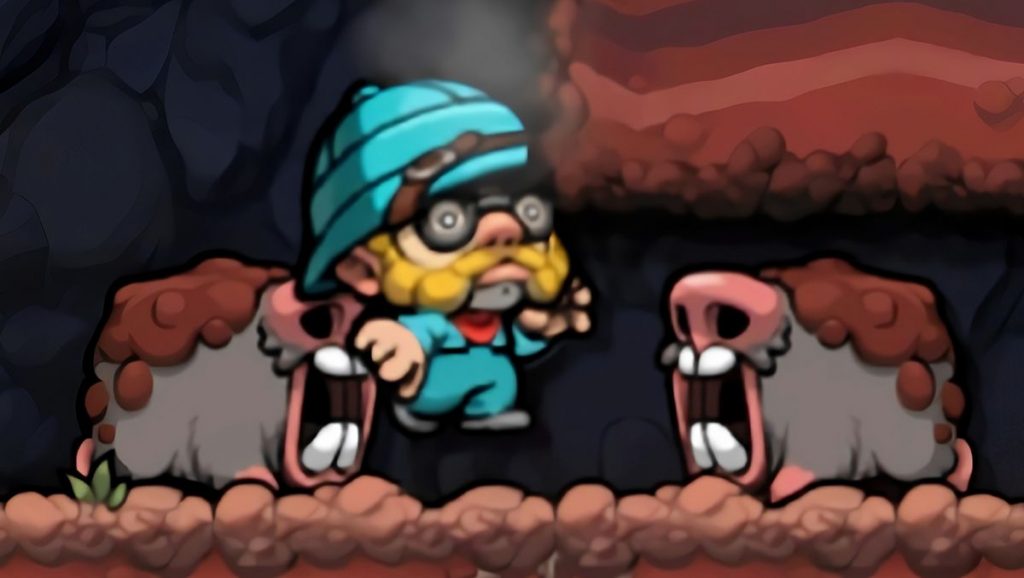 I tuned into a design talk by Spelunky creator Derek Yu today, expecting to learn about what went right and wrong during Spelunky 2’s development over the last few years. And I got that, but I was surprised to find buried in Yu’s talk a tangent about what can make difficulty in games so satisfying. How difficult games should be, and how accessible they should be, is a perennial topic, and whenever it flares up it’s a sign to log off Twitter for a few days. But instead of the usual exhausting arguments about easy modes, I found Yu’s breakdown—which he builds around a spicy food analogy—really insightful. It also made me hungry.

For Yu, difficulty is just one element of what he calls ‘spiky’ game design.

“I think spiky games are often thought of as punishing, but to me the difficulty, while it’s an important part of the design ethos, is in service of the goal rather than the goal itself,” Yu said. “The real goal is to put the player in a state of focus about the game and to really care about what they’re doing at any given moment. It’s to make them feel the world existed before they arrived and that it will exist after they leave. To make it feel real. Winning or finishing the game in my opinion is not the main goal of a spiky game, even if that’s ultimately what you’re working towards.”

The bullet points accompanying this part of Yu’s talk laid out some core elements of spiky design, which are all easy to spot in Spelunky: Actions should have large consequences, the design should elicit big emotional reactions, and unintuitive design is okay when it’s in service of forcing players to be in the moment.

In other words, spiky games aren’t just about difficulty—or at least, they don’t have to be. But like with the heat in spicy food, difficulty is often the first impression you get when you try to play a game like Dark Souls or Spelunky.

“It can be hard for people who don’t like spicy food to understand why spicy food fans love it so much,” he said. “If you’re just starting out on your spicy food journey, you can’t taste the flavor, just the heat. And the pain. Similarly, spiky games generate a lot of enthusiasm from their fans, but for people who aren’t there yet, they can just seem hard.

“The difficulty is only one part of the equation. It’s the heat part of spicy food. I don’t eat spicy food to feel pain. But the pain wakes me up, and it’s the gateway to interesting flavors that you can’t find anywhere else. The flavor is what makes spicy food good. And it gets easier and easier to withstand the heat the more you experience it.”

The ‘flavor’ of spiky game design is that feeling of the game world being able to exist without you and the big, rewarding consequences around how you interact with it. What Yu calls ‘soft’ design, by comparison, emphasizes player comfort and progress, minimizing negative feelings about your interactions with the world. The biggest takeaway for me was that soft design makes the player feel like you’re the center of the game world, rather than an inhabitant of it.

Yu also made the point that games aren’t just spiky or soft—they’ll always contain elements of both kinds of design. He wanted to make Spelunky 2 softer without making it less spiky, which he did by expanding the base camp. That gave players a place to relax and practice between runs, and a way to feel a sense of progression even if they died.

Yu’s descriptions of spiky and soft game design are similar to the common descriptors of ‘hardcore’ and ‘casual,’ but he said he thought those terms were “too loaded” now, and too focused on difficulty, which isn’t always necessary in spiky design. He gave the example that Nintendo’s Animal Crossing: New Horizons isn’t a difficult game, but it still has elements of spiky design. Its user interface forces players to slow down, which many people find frustrating, but the point is for your island to feel “like a place to live, rather than to min-max and optimize and get the biggest house as fast as you can.”

“The great thing is that there isn’t just one spicy dish that you can eat to improve your spice-eating ability,” Yu said. “Eat one and you’ll make it that much easier to appreciate another. Same with spiky games. Learning to enjoy them will open up an entire smorgasbord of games to enjoy.”