Home » Playing the technical test has convinced me Halo Infinite is great, actually

Playing the technical test has convinced me Halo Infinite is great, actually 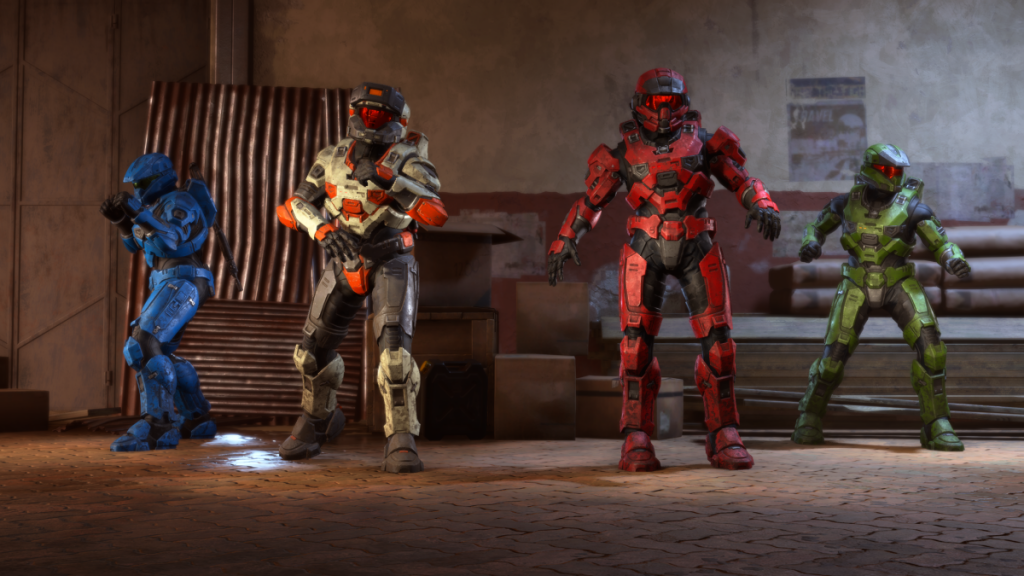 What do I even want from a new Halo?

That’s a question I’ve asked myself repeatedly since Halo Infinite‘s announcement. My fondness for the series is so tangled up in nostalgia for Bungie’s original trilogy that it makes it hard to answer. 343 has been a somewhat reckless caretaker for the trilogy since taking ownership—and between the studio’s own entries veering wildly in quality and not even The Master Chief Collection safe from the studio’s meddling, I’d resigned my love of Halo to being stuck firmly in the past.

After last weekend’s technical test, however, I reckon Infinite could be just what I’m looking for from the future of Halo.

First, let’s get the obvious caveats out of the way. Our Infinite debut was a technical test, not a demo. Framerates were choppy, load times were often obscene, crashes were infrequent and the build was riddled with small, frustrating bugs. Nevertheless, Infinite already feels like a welcome return to the more playful sandboxes of older games.

The weekend let us play team slayer matches across three maps (Live Fire, Reactor and Bazaar) against bots. New to the series, these incredibly-named AI opponents only just put up a fight—but while almost every match was a steamroll, they gave us a chance to experiment with Infinite’s new arsenal in a live setting.

Far from the redundant bloat of Halos 4 and 5 (which saw three entire “factions” of different-coloured shotguns, assault rifles and SMGs) Infinite’s weapons feel tight and balanced. Old favourites have been tuned to fit better into the overall sandbox (the Assault Rifle feels viable now, while the Battle Rifle is no longer the absolute go-to weapon), while new weapons find their own interesting niches—from the rapid-fire Bulldog shotgun to the Skewer, a hefty, brutal thing that fires massive railroad spikes through people. Even the Pulse Carbine finds a place beyond just being “the alien Battle Rifle”, instead firing slower plasma bursts that veer towards opponents.

Halo 3-style equipment also makes an explosive comeback. Littered across the map are deployable shields, radar scanners, and grappling hooks to mix up firefights. The hook is a particular fave, working almost identically to Pathfinder’s grapple from Apex Legends—letting you swing up and around ledges, or violently pull yourself into an opponent to land a brutal Gravity Hammer swing. Your AI buddies will call out when the spiciest of these, Active Camouflage (invisibility) or Overshields are due to spawn, making every run for them feel particularly tense.

Crucially, all this chaos is driven by a truly ridiculous physics system. We’re already seeing clips of people trying to blast power weapons closer to them using grenades, then frantically trying to catch it with the grappling hook when it blows off course. It’s incredible, the kind of emergent, physics-driven nonsense that’s always been a highlight of our own Halo 3 sessions.

343 has long experimented with making Halo movement a little more interesting, and I think they may have cracked it here. Yes, I was as upset as anyone at seeing them put sprint in my beloved Halo, but it’s such a minor speed boost that it feels almost unnoticeable—except, of course, when it comes to sliding.

Halo’s always been a gamepad shooter, and that’s how I approached Infinite at first. But immediately upon switching to keyboard, my Apex Legends muscle memory kicked in, and suddenly I was slide-hopping off every incline. You’re still a slow, bulky super-soldier, of course. You’re not nipping around like a Titanfall pilot. But the maps open up a whole lot more once you realise every ledge can be mantled, every slope a chance for a slight speed boost.

Without full-on sprinting, thrusters or jetpacks, Infinite isn’t as hectic as 4, 5, or even Reach—but the introduction of more informal movement tools has a huge effect on how firefights play out. I’ll always have a soft spot for the slow, floaty jumps of the Bungie Halos. Ten years on, however, and I’m excited for Halo movement to feel as good as its gunplay.

Besides slayer, a firing range gave players a welcome avenue for getting a feel for each gun—with increasing levels of difficulty that sees targets strafe and dodge your shots. The technical test also gave us a look at Infinite’s customisation and battle passes, which while notable for never expiring, are themselves nothing particularly out of the ordinary. The omission of traditional colour choices in exchange for premade “coatings” still stings, especially when even higher-rarity coatings look a little naff.

And while I’m all here for the game’s armour designs (which sits somewhere comfortably between Halo 3 and Reach), the same can’t be said for its maps. Bazaar, especially, feels like a sort of generic desert town you could pluck out of any Modern Warfare lineup. You could pin this down to the test’s maps being small, but even the most compact of Bungie’s Halo maps were oozing with character.

There’s generally a strange sense of unease simmering under the game’s aesthetic, only heightened by a No Man’s Sky-esque Post-rock soundtrack during matches. It’s good music, and might even feel more fitting on the vast sci-fi vistas of the game’s campaign. But it feels wildly jarring inside a tense round of Team Slayer inside a concrete power station.

Considering the limited scope of the test, there are still too many unknowns to really judge Halo Infinite. Where do vehicles fit into Infinite’s sandbox? What do custom games look like in a free-to-play Halo? I won’t truly know how I feel about Infinite until I’m soaring above my regular Halo pals in a Banshee, watching utter carnage unfold below.

But I liked what I saw this weekend. A game that recognises what makes Halo distinctly “Halo”, a throwback to Bungie’s greats while acknowledging where shooters have gone in the last 10 years. Keep this up, and Halo Infinite could be something quite special indeed.