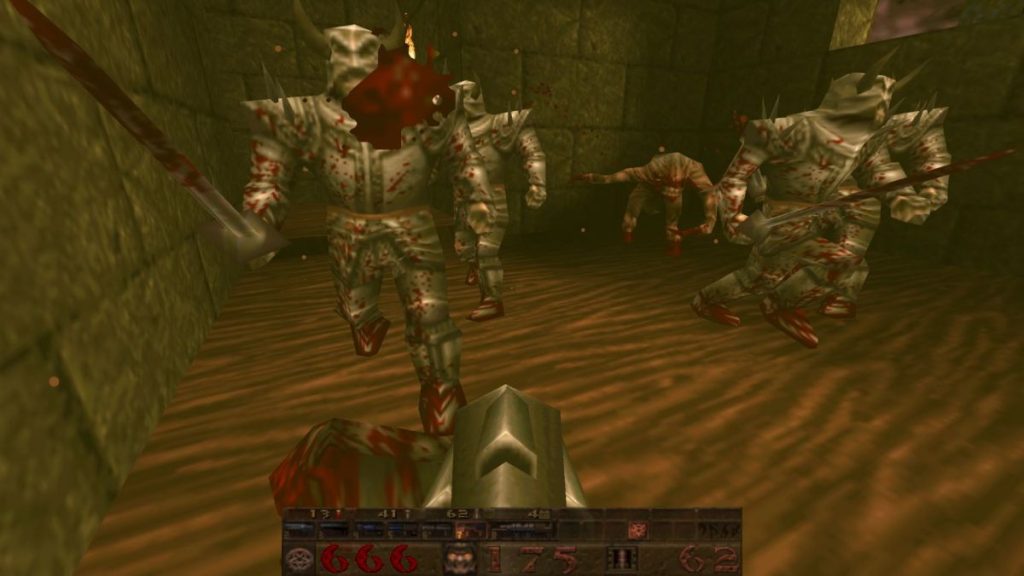 Bethesda released the full schedule for QuakeCon 2021 earlier today, ahead of its August 19 launch. It’s an all-digital affair, with a nice mix of livestreams focused on Doom, Deathloop, Fallout 76, The Elder Scrolls Online, and yeah: Quake.

Actually, it’s probably going to be an interesting one for Quake, because a now-amended listing for the ‘Let’s Talk Quake’ event on the Saturday morning referenced a forthcoming ‘revitalized’ version of the 1996 shooter.

“Quake is back, in this special stream John Linneman from Digital Foundry talks to Jerk Gustafsson of Machine Games about the title’s iconic legacy and what it meant to both of them. The pair will also discuss the additional content Machine Games have contributed to this revitalized edition.”

To me at least, “revitalized” doesn’t imply “remake,” so this might end up being a lightly expanded reissue, probably focused on consoles. Bethesda re-released Doom and its sequel in 2019 for consoles, adding a bunch of fanmade map packs and some small performance improvements over previous ports.

I could be wrong: MachineGames being involved may point to something bigger than Doom’s recent treatment, but it could also just mean that the reissue will include MachineGames’ 20th anniversary Quake episode. The Wolfenstein: New Order studio released that episode back in 2016 as a nice birthday tribute, and you can still download it here if you want.

If the removed listing is true and not just an extremely weird typo, there’s every chance we’ll get the announcement on Thursday: at 2pm EDT there’s a 25th anniversary Quake livestream co-hosted by id Software and MachineGames.

Below is a handy guide to what’s happening at QuakeCon 2021 (click the arrows at the top right of the image to expand it). If you want more detailed information, check out the full QuakeCon 2021 schedule here.