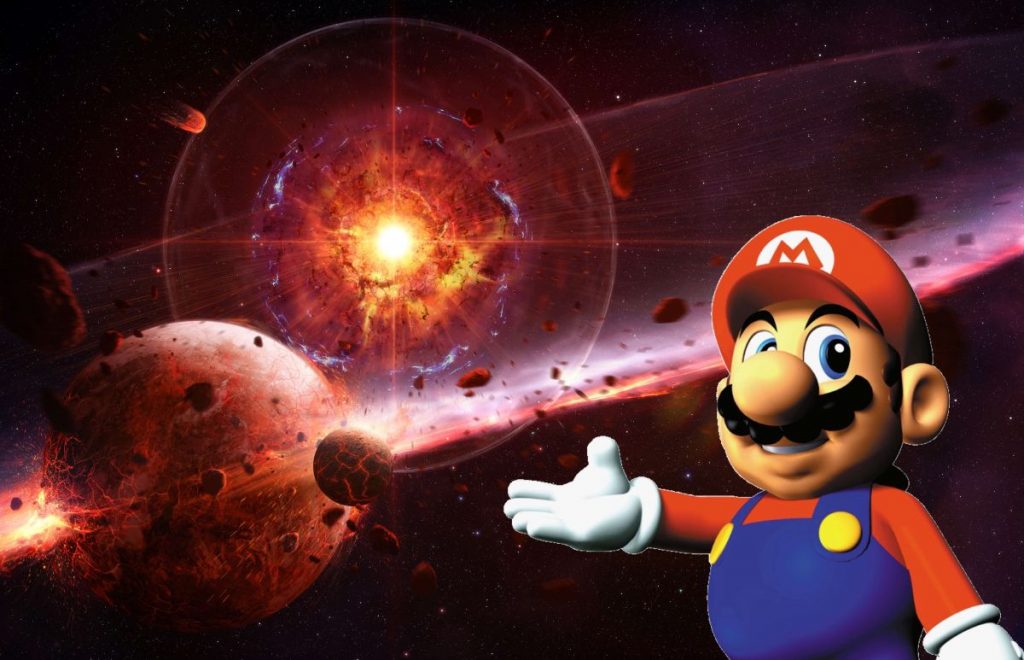 Talk about the butterfly effect. When something goes wrong (or indeed right) with your PC, cosmic rays aren’t exactly the first phenomena that spring to mind. But once you’ve ruled out software bugs, and established that a hardware fault isn’t the culprit, there’s a very real possibility that high energy radiation from supernovae could be to blame for your game character’s erratic behaviour, or that random Blue Screen of Death.

Youtube’s Veritasium detailed in a recent video how cosmic rays could be spicing up your technological encounters—for better or worse. As Dr. Leif Scheick, Principle Engineer in Radiation Effects at NASA’s Jet Propulsion Laboratory, confirms: “An upset there, a transient there, can alter the function of these devices,” he explains. “So a blue screen of death that you get, might actually have been a neutron or whatnot.”

I’m sure this article will be followed by a slew of speedrunners blaming their misadventures on radiation exposure, but who’s to say they’re wrong?

In fact, Super Mario 64 speedrunner has, quite convincingly, attributed what was an apparent glitch to the interference of cosmic rays.

Back in 2013, during a speedrun through the ‘Tick Tock Clock’ level of Super Mario 64, user DOTA_Teabag’s character shot suddenly upward through the floor and onto a higher platform. Even after a $1,000 bounty was put out by PenandCook12, no one managed to replicate the apparent glitch. That is, until the same user came out 6 years later with proof that placed cosmic rays at the forefront of befuddled minds everywhere.

With a single bit flip that swapped a one to a zero in Mario’s vertical position coordinate, the user’s script had finally managed to replicate the up warp. The most likely cause for the original error, then, must be cosmic rays—seems legit. But to understand how this could possibly occur, and why it’s unlikely to be radiation from other sources causing the issue, we need to go back further.

In 1978, similar spontaneous bit flip issues were spotted when Intel discovered the ceramic encasing for it’s 16 kilobit DRAM had been exposed to radiation. This was due to the company’s fab having been built just downstream of the Green River Uranium Mill, Utah.

Intel’s DRAM was encoded by ones and zeros, dictated either by an absence or presence (respectively) of electrons stored in semiconductor wells. It was discovered that even trace amounts of uranium and thorium in the DRAM packaging would cause bit flips, as alpha particles—the very same found in cosmic rays—passed through the chip. These rogue particles barrel right through the silicon, creating electron whole pairs, and free charge carriers, which could easily flip a one over to a zero, simply by causing an accumulation of electrons in the semiconductor well. This is known as a Single Event Upset (SEU).

Subsequent tests showed a direct correlation between alpha particle exposure and SEUs, and semiconductor manufacture processes have since been adapted to prevent the encasing ceramics from affecting chip functions. That means the likelihood of SEUs today being caused by radiation in chip packaging is pretty low, but the potential for cosmic rays to interact with tech still stands—however rare this may be.

And because semiconductors have continued to decrease in size over the years, so increases the likelihood of a passing alpha particle having enough charge to cause an unexpected bit flip.

It gets really scary when you consider what a single SEU can do to an aeroplane’s flight pattern. The higher you go, the higher the radiation count from cosmic rays, so the higher the likelihood of the flight computer being jostled by unseen forces. Similarly to what happened with DOTA_Teabag’s Mario character, one flight from Singapore to Perth in October 2008 encountered a bit flip which caused altitude info to be mislabeled.

Instead of up warping, the plane took a nose-dive.

In 20 seconds the plane dropped 656 foot, flinging everything—and everyone—in the cabin against the ceiling. Many of the planes passengers were injured, and anti-radiation regulations have now come into effect that protect against SEUs in aeroplane, rocket and interplanetary probe chips.

But while aeronautical and astronautical tech is swaddled with layers of protection against those pesky cosmic rays permeating the universe, your PC could very well be subject to the next cosmic encounter.

Sadly, though, it probably won’t conspire to give you an edge during your next Super Mario 64 speedrun.