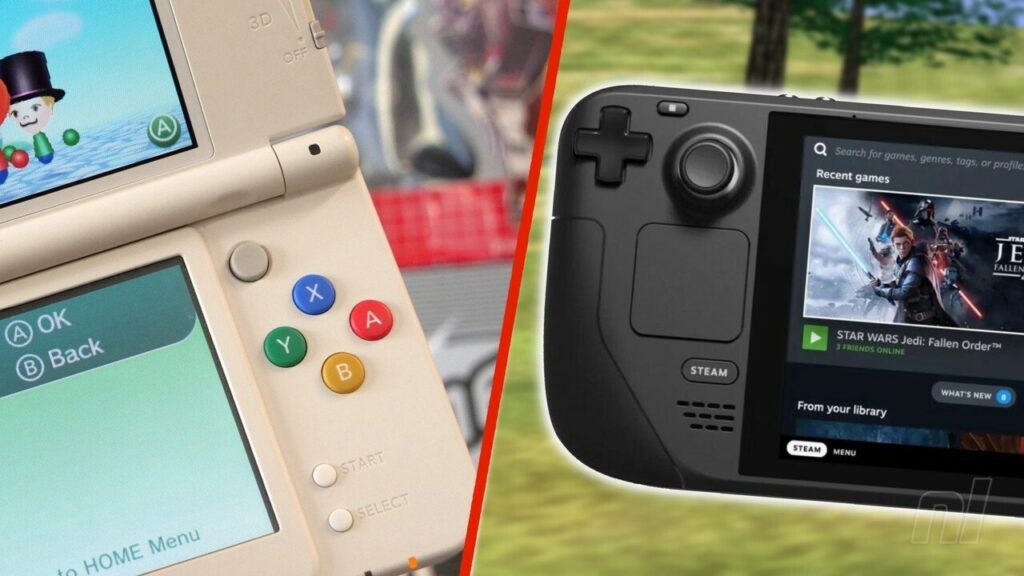 The Steam Deck is widely known for its remarkable emulation capabilities, with users most recently managing to enable gyro controls for Wii U emulation. It’s not entirely surprising when you consider that the Steam Deck is effectively a portable PC, but it’s still impressive nonetheless.

Now, one Reddit user has taken things to the next level by creating what is essentially a 3DS on steroids. In a video posted on the Steam Deck subreddit, user u/rising_tony demonstrates how they have loosely modded the Steam Deck by clipping on an additional screen to allow for fully authentic 3DS emulation.

Back again, now I bring you ultimate 3DS PORTABLE emulation! from
SteamDeck

As you can see in the video demonstration of The Legend of Zelda: Ocarina of Time 3D, the emulation allows for touch screen support on the lower screen as well as full gyro support for when you want to look around or aim with your catapult. Perhaps most impressively, however, the addition of a second screen doesn’t look horrible; it looks pretty nice, in fact! We’d definitely love to try this out.

Of course, the only thing missing is the 3D effect itself, and we’d wager this would be near enough impossible for a fan to achieve; but we’re more than willing to be proven wrong! Of course, Nintendo itself dropped support for 3D effects in some of its later games, so we don’t think this would prove much of an issue for people looking to emulate 3DS games on the Steam Deck.

What do you reckon of this 3DS / Steam Deck hybrid? Have you managed to perform any similar emulation feats that you’d like to share? Tell us in the comments below!