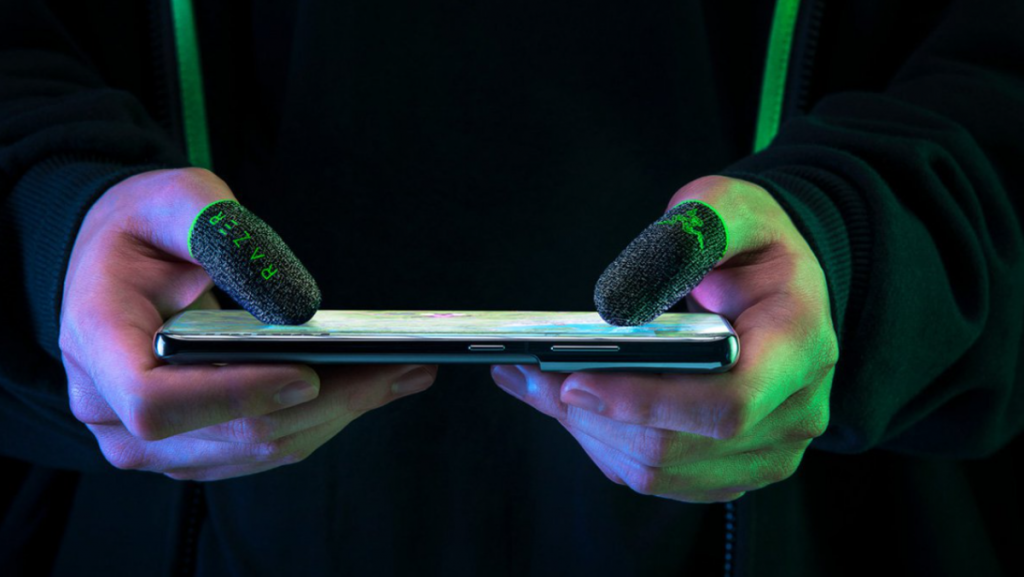 In Razer’s quest to make a gaming product for every part of your life, such as face masks and chewing gum, it’s surprising that the newly announced addition to the Razer catalog, the Razer Gaming Finger Sleeves, hadn’t come out sooner.

Designed for mobile gaming, the Razer Gaming Finger Sleeve is made of a “high-sensitivity silver fiber for enhanced aim and control,” according to the product listing. For $10, you’ll get a pair of these nonslip finger sheathes that comes in black with the classic Razer neon green around the base with a logo on each side.

The idea is that you put on these thumb sweaters to keep them cool and dry, reducing the likelihood of them slipping off the touchscreen during gameplay. Finger sleeves for mobile gaming aren’t new—pro players have been using finger sleeves for competitions for a while, and some even sell their own.

So, it makes sense for Razer to get into the market, considering they sell some pretty good mobile gaming gear like the Razer Kishi. If you play hours of shooters like Call of Duty Mobile or even Fortnite on your phone or tablet, you know that a sweaty extremity can affect how you aim, or at least that’s what I’ve been blaming for my poor play on for years.

As ridiculous as the Razer Gaming Finger Sleeve may seem, and I wouldn’t blame you if you chuckled a bit if you said ‘Gaming Finger Sleeve’ out loud, remember that the mobile gaming market is estimated at $15.1 billion in the US alone and is only expected to grow. It’s safe to say that many folks are playing video games on their phones with games like Fortnite, PUBG, and Genshin Impact.

And hey, if baseball players can wear batting gloves to keep their sweaty paws from ruining their grip on a bat, why can’t a mobile player do the same?