Resident Evil film reboot reveals Claire, Leon, and the rest of the gang 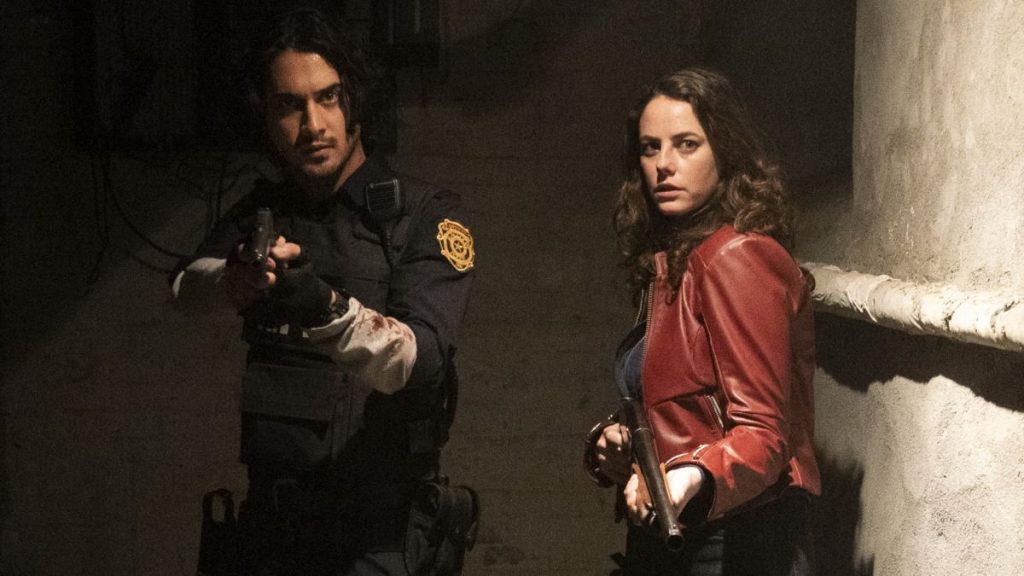 Toronto is sometimes referred to as “the raccoon capital of the world” (and if you have some spare time on your hands, I encourage you to read this report on how the city got absolutely owned by one of them), but Welcome to Raccoon City is actually the name of the upcoming Resident Evil movie reboot. Today Sony served up our first look at the movie’s characters through a trio of stills from the film showcasing the main players, and one horrifying enemy.

First up we have Leon S. Kennedy, portrayed by Avan Jogia, and Claire Redfield, played by Kaya Scodelario. Jogia previously appeared in Zombieland: Double Tap, Shaft, Shangri-La Suite, and The Stranger television series, while Scodelario’s past projects include Pirates of the Caribbean: Dead Men Tell No Tales, Crawl, Spinning Out, and The Pale Horse.

Next is Tom Hopper as Albert Wesker, Chad Rook as Richard Aiken (he’s in the background and a bit hard to see), Hannah John-Kamen as Jill Valentine, and Robbie Amell as Chris Redfield.

Image three is where things really start to get interesting. This is Lisa Trevor, portrayed by Marina Mazepa, who for years was the subject of various forms of experimentation by Umbrella scientists. Exposure to a Progenitor virus granted her enhanced physical abilities including near-superhuman strength, but it also kind of destroyed her mind and didn’t do her physical appearance a hell of a lot of good either.

Writer and director Johannes Roberts told IGN that he loves the original Resident Evil film starring Milla Jovovich, but said that it didn’t really capture what he loves about the games.

“I wanted scares and atmosphere rather than full-on action,” Roberts said. “I think fans of the game felt the same—they wanted to see the iconic characters and locations and feel that the movie was more in line with the Resident Evil game world so that’s really why we chose to go in that direction. We worked hand-in-hand with Capcom on this movie… to the point that we actually got blueprints from them on the designs of the Spencer Mansion and Raccoon police station in order to recreate them as perfectly as we could. We even have the exact artwork up on the mansion walls.”

The videogames are also the “guiding star” for characters and creatures, although Roberts added that it will be “its own thing” rather than just a direct translation of game-to-screen: “You’ll immediately recognize the creatures from the game but hopefully, we’ve gone beyond the game in terms of making these terrifying creations feel like they really could exist in real life.”

Resident Evil: Welcome to Raccoon City is set to premiere “only in theaters” on November 24.