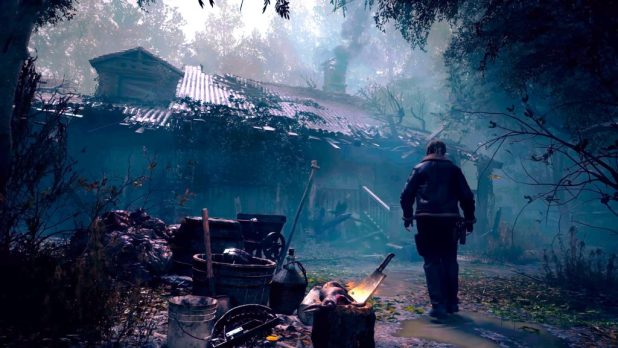 During Capcom’s recent Tokyo Game Show livestream, the publisher gave Resident Evil fans another look at the much-anticipated RE4 remake, while also showing off the upcoming Winters’ Expansion for Resident Evil Village. Alongside all this, Capcom confirmed that a Resident Evil Showcase is taking place next month.

Though no exact date has been given, Capcom announced that we will get a bespoke Resident Evil showcase sometime next month in October. So far, the publisher has only confirmed that more information on the upcoming Resident Evil 4 remake will be present, with no other details given.

We saw quite a few announcements at the most recent Capcom TGS showcase, and so it will be interesting to see what else is planned for the upcoming RE showcase.

As mentioned, Capcom’s TGS showcase included many Resident Evil announcements, giving us a look at the upcoming Winters’ Expansion for Resident Evil Village, which will not only add story content in the form of the ‘Shadows of Rose DLC’, but will also include the fan-favourite mercenaries mode AND will add a third-person mode to the entire game – for those who prefer such RE experiences.

Other announcements included the fact that Resident Evil: Village is coming to Apple’s Mac devices, while Nintendo Switch is poised to get cloud versions of RE2, RE3, RE7: Biohazard and RE: Village.

With all of these announcements out of the way, it will be exciting to see what Capcom has planned for the upcoming bespoke Resident Evil showcase. We will have to wait and see.

KitGuru says: Did you watch Capcom’s TGS showcase? Are you excited for this Resident Evil stream? What do you hope to see shown off? Let us know down below.