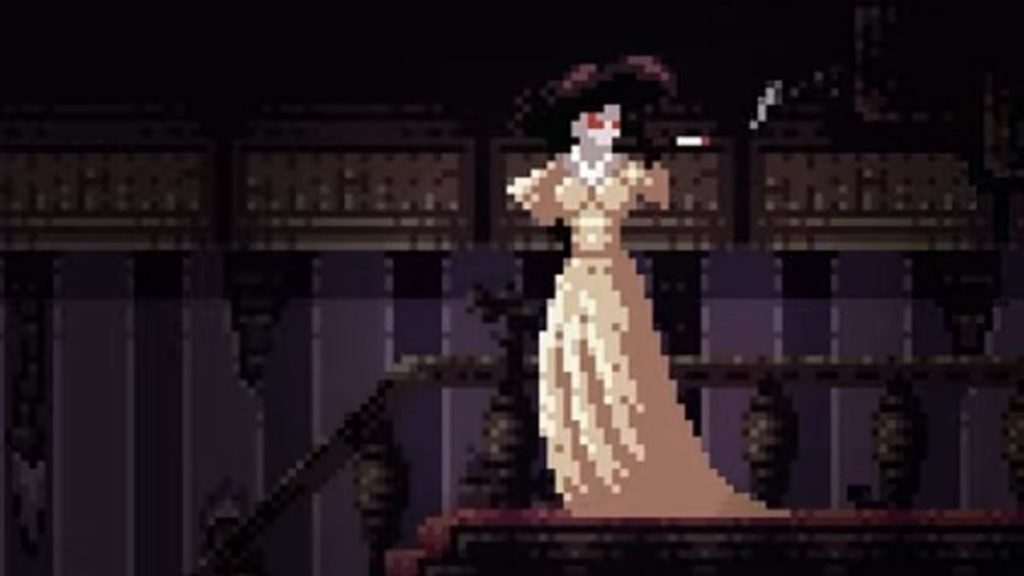 For lots of players, the opening few hours of Resident Evil Village are the highlight of the whole experience. Dodging Lady Dimitrescu as you wander her labyrinthine castle and fend off the mutated prisoners hiding in the dungeon is some of the best Resident Evil in the last decade. Go figure, a giant castle run by vampires reminded someone of another Japanese game’s first level, Castlevania.  A developer named OcO created a 2D “demake” that turns Castle Dimitrescu into an homage to Dracula’s original home, as rendered in the original 1986 action-platformer.

On “Residentvania’s” itch.io page, OcO notes that development took two months, and their work on all the custom pixel art assets really shows. As a 2D version of Village’s favorite wife guy Ethan Winters, you’ll make your way through the dilapidated town, past the Duke and his merchant cart, and into a drafty Castle Dimitrescu filled with both mutated servants and werewolves. The only thing I can really complain about is that all the audio is from a free sound library rather than something chiptune-based like the NES Castlevania provided.

Ethan is much more capable this time around, though. Like Simon Belmont, he can strike enemies with his knife or just shoot them from a distance. Gameplay is pretty simple, bouncing between basic platforming and combat, but I dig how it recreates the atmosphere of both Resident Evil and Castlevania. The second main stage is set in Castle Dimitrescu’s dungeon, with mutated servants emerging from the shadows and unlocked cells just like the original sequence.

The final major sequence pits you against one of Lady D’s vampiric daughters. I love how the player in the video has to break open the nearby window to bathe the vampire in light, allowing him to physically damage her until she explodes to pieces. Unfortunately for Ethan, an appropriately large and luxurious Lady Dimitrescu emerges and promptly cuts his head off before taking a drag of her cigarillo.

The whole thing takes about five minutes, but if you love seeing modern video games get reimagined into retro styles, give it a look. You can also check out OcO’s itch.io profile to see the other 2D pixel art games they’ve made.