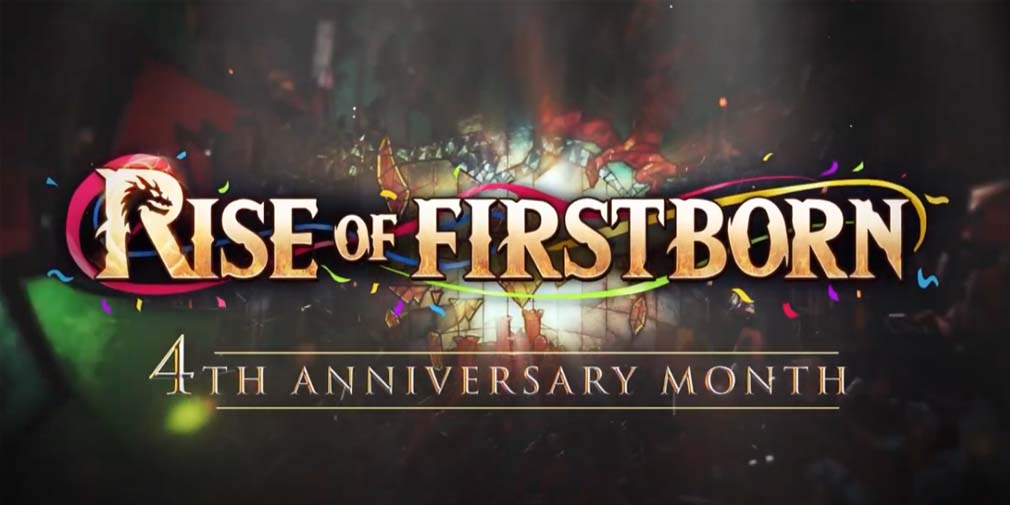 KIXEYE is celebrating the 4th anniversary of Rise of Firstborn with tons of freebies and surprises for fans of the MMO strategy game. Players can expect new skins, 4th-anniversary goodies and more as a special “thank you” for everyone’s support through the years.

In Rise of Firstborn’s latest update, new castle skins have been added to the game along with upgrades to the hospital and barracks. Players can also expect improved pet enhancement features (enhancement bonuses are now up to level 30) as well as free celebration rewards via players’ in-game mailboxes. Plus, from May 12th onwards, players can also brace themselves for the 4TH ANNIVERSARY CAKE MONSTER – hunting down this beast will let players reap righteous rewards in the game.

“This Anniversary celebration comes hot on the heels of Night Queen’s Titans,” says Ryan Ward, COO of KIXEYE. “But it was just the beginning of the content we have planned for Firstborn in the weeks and months ahead. We’re thrilled to be celebrating four years of building kingdoms and forging alliances with this update and to be able to add so many changes and additions that our community has been asking for. We’ve got big plans for the game, and we’ll soon be talking more about the next major update as well!”

If you’re eager to join in on all the festivities this month, you can download Rise of Firstborn on the Google Play Store and on the iOS App Store. You can also have a look at the embedded clip above to get a feel of the upcoming event.

Are you on the hunt for more similar titles that will put your skills to the test on your mobile device? Why not take a gander at our list of the top 25 best strategy games for Android phones and tablets in 2022?