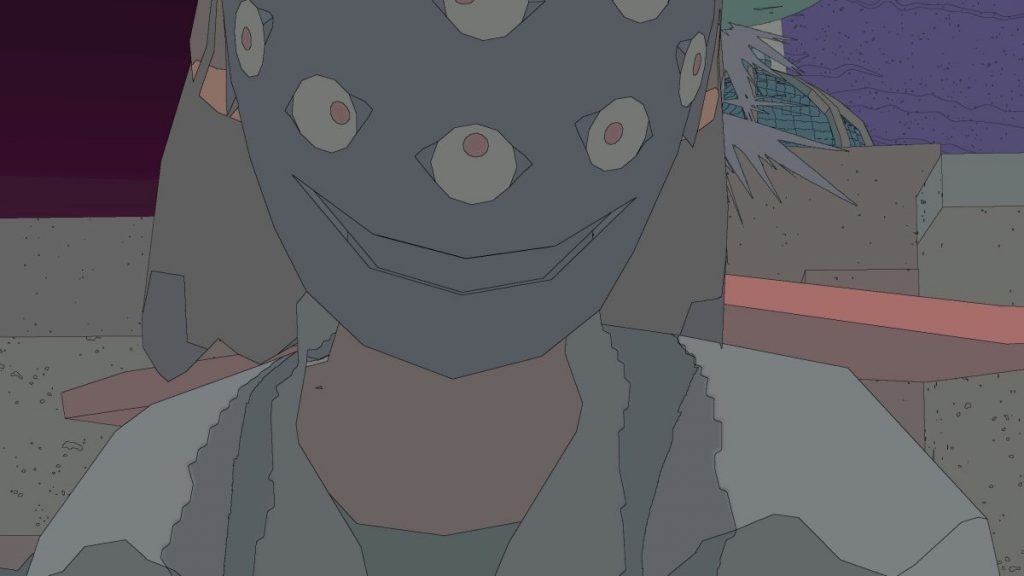 I wasn’t expecting Sable to get much in the way of post-launch content, never mind a Halloween update. And yet this week, developer Shedworks unleashed an eldritch new bike and costume on the deserts of Midden—though you’ll have to be something of a ghost yourself to find them.

Launching last night, The Stranger Update adds a set of bike parts and clothes to go with the Shade of Eccria mask. One of the game’s stand-out quests, the chain follows a spectral entity—and while I won’t spoil the quest itself, you’ll soon be able to compliment the associated mask with a look that’s sure to attract stares.

These can be acquired by visiting a secret merchant, one whose location Shedworks isn’t ready to disclose. The only hint the developer gives is a short poem on the update post, though as a permanent addition, you’ve plenty of time to figure it out (or, uh, check the wikis).

The new bike and clothes are really just a welcome aside, however, to an update that hopes to fix numerous major bugs with the game. Cloth simulations (cited as a major cause of performance drop) have been improved, merchants should no longer freeze your menus, and your bike shouldn’t fall beneath the map or get stuck as frequently. A welcome accessibility feature also now means you can choose to toggle bike acceleration, rather than holding the throttle down.

I truly adored Sable, but my experience with it felt so utterly singular that I haven’t felt the pull to drop back in since ending my gliding. But if Shedworks plans to keep dropping in new secrets and more costumes to acquire, I might just be tempted to dust off the old bike and head back into the desert.