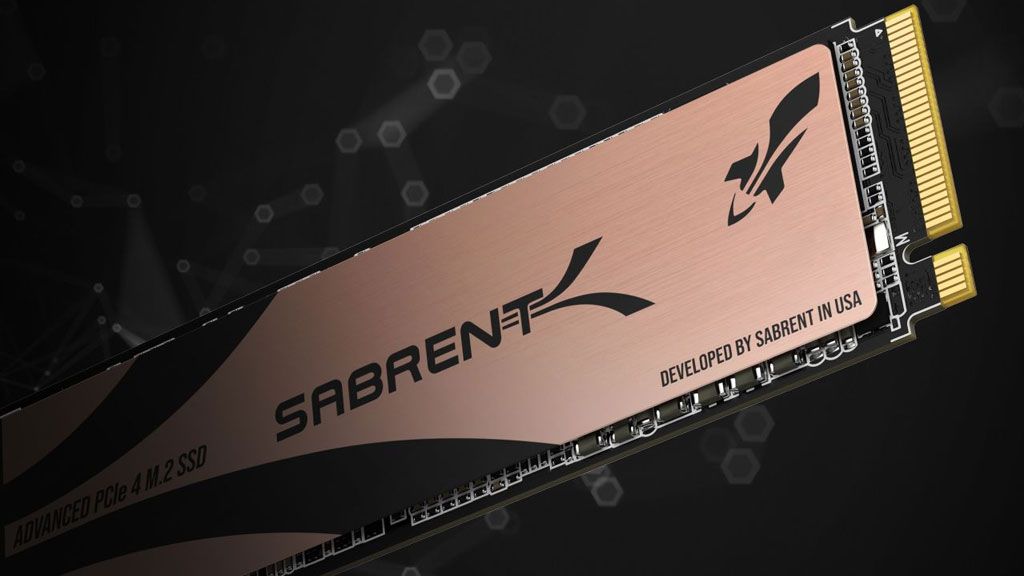 Sabrent is planning to add an 8TB capacity option to its super-fast Rocket 4 Plus SSD family. When it arrives, the drive will not only be one of the speediest SSDs around, but also the most capacious, making the most out of the Phison E18 controller hardware deployed in the Rocket 4 Plus series.

When it comes to SSDs, performance generally boils down to three things: NAND flash memory chips, the controller chip, and what PCI Express bus specification is supported.

The fastest SSDs leverage the PCIe 4.0 bus, which offers twice as much bandwidth as PCIe 3.0. These drives feature an NVMe interface affording four lanes of traffic. Each lane supports speeds of up to around 2GB/s, so the theoretical maximum speed for a PCIe 4.0 SSD is around 8GB/s, or 8,000MB/s.

Sabrent’s Rocket 4 Plus series pairs triple-level cell (TLC) NAND flash memory chips with Phison’s E18 controller and taps into the PCIe 4.0 bus, rated to deliver up to 7,100MB/s of sequential read performance and up to 6,600MB/s of sequential writes.

There’s not much speed being left on the table, in terms of rated specs. Phison’s E18 controller supports sequential read and write speeds of up to 7,400MB/s and 7,000MB/s, respectively. It also maxes out at 8TB of capacity.

In essence, Sabrent’s upcoming 8TB model (arriving “soon,” according to Sabrent’s recent Twitter post) represents almost the full potential of the E18 controller, save a few hundred MB/s of performance. The caveat, of course, is that you will need a PCIe 4.0 platform to take full advantage of the drive’s capabilities.

As of this moment in time, only AMD’s X570 and B550 chipsets officially support PCIe 4.0 in the realm of consumer AMD motherboards. Some premium designed motherboards based on previous generation AMD chipsets unofficially offer up support as well, but it’s hit or miss.

On the Intel side, it’s the 11th Gen Rocket Lake chips or nothing in terms of consumer support right now for PCIe 4.0. However, that will change with the arrival of Alder Lake and Intel’s 600-series chipset later this year (which will also up the ante with PCIe 5.0 support).

The other caveat is cost. Sabrent’s 4TB Rocket 4 Plus currently commands $900 on Amazon. Pricing for the 8TB model has not been announced, but I would expect it to be roughly double the cost of the 4TB model. Another point of comparison is Sabrent’s Rocket Q that is also offered in an 8TB capacity—it’s a much slower drive (comparatively), and costs $1,300.

So an 8TB Rocket 4 Plus is not going to be cheap by any means, but it will be exceptionally fast and capacious when it lands.