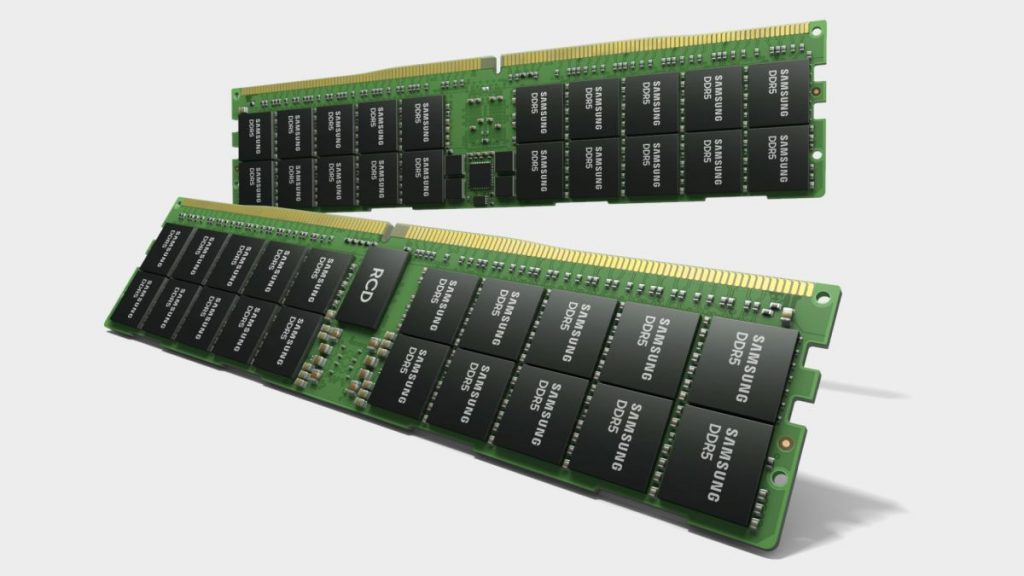 At the Hot Chips 33 conference this year, Samsung revealed the designs for its upcoming DDR5 memory modules. And boy is the company going large. At least, in terms of capacity.

Right now, us laymen are stuck with 64GB, or 128GB RAM sticks at a stretch, but that looks set to change (via Computer Base). Today, high-powered, server-bound CPUs like AMD’s Epyc processors do come with support for 4TB RAM sticks, but they’re not exactly readily available, particularly to the public.

Okay, so that’s a little overkill for a game of CSGO; even for most intense workloads 4TB is likely to be superfluous. Coming in with a nice middle ground, to cover the basics plus a little extra headroom, is Samsung with its 512GB DDR5 capacities. Just imagine that, four of them lined up in your machine.

And with these designs cramming double the wafers into a thinner package, we’ll be getting more random access memory, without the need for additional space.

Currently the 4-fold die stacks we see in the DDR4 TSVs are 1.2mm in height. Now, Samsung is claiming the 8-fold DDR5 die stacks will be 0.2mm smaller than that. That’s thanks to an approximate 40% reduction in die gaps, new techniques that allow engineers to handle thinner wafers, better cooling, and ‘error-free’ TSV interconnect tech.

These massive RAM capacities will likely find a home in datacentres, but Samsung doesn’t expect a switch over from DDR4 to DDR5 to happen there until 2023 or 2024.

In gaming PCs, the shift to DDR5 could happen much sooner with the introduction of DDR5 support with Intel Alder Lake. But perhaps not in such gratuitous capacity.

At least it would seem Moore’s law is still very much alive. Finally, the dream of high-capacity RAM that Corsair had us drooling over back in May is taking shape, and you could indeed be running 1TB, even 2TB of RAM in the coming years. Just don’t hold your breath.