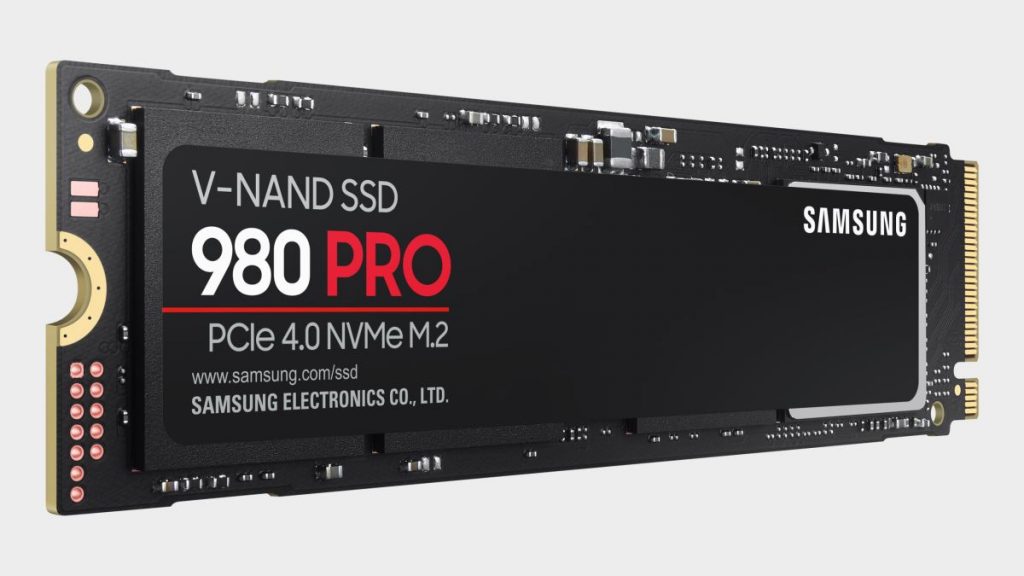 If raw speed is at the top of your list in your hunt for the best SSD for gaming, it doesn’t get much faster than Samsung’s 980 Pro, which is rated to deliver up to 7,000MB/s of sequential read performance. That’s zippy, and you can add that kind of speed to your rig in 1TB form for $180.02, the drive’s sale price on Amazon.

That’s down almost $50 from its MSRP. Street pricing is generally a bit lower, though looking at the price tracking history on CamelCamelCamel (an awesome resource for researching is an advertised sale is actually a discount), it’s only sold for lower than the current price one other time, and that was by just a few pennies.

The 980 Pro is part of a second wave of SSD models that leverage the PCI Express 4.0 bus, which offers up twice the bandwidth of PCIe 3.0. Whereas the first wave of SSDs boasted speeds of around 5,000MB/s, newer models like the 980 Pro open the floodgates with even faster data transfers.

Strictly for gaming, this doesn’t mean a whole lot—even a comparatively ‘slow’ SATA-based SSD with speeds in the realm of 500MB/s are plenty fast. But with both modern consoles (Xbox Series X and PlayStation 5) adopting speedy SSDs and Microsoft making available its DirectStorage API in Windows, developers have the motivation and tools to take advantage of faster drives.

Outside of gaming, higher transfer rates can help with moving around gobs of data, like when shuffling around videos or backing up drives.

In any event, this is one of the fastest SSDs around, and it’s on sale.