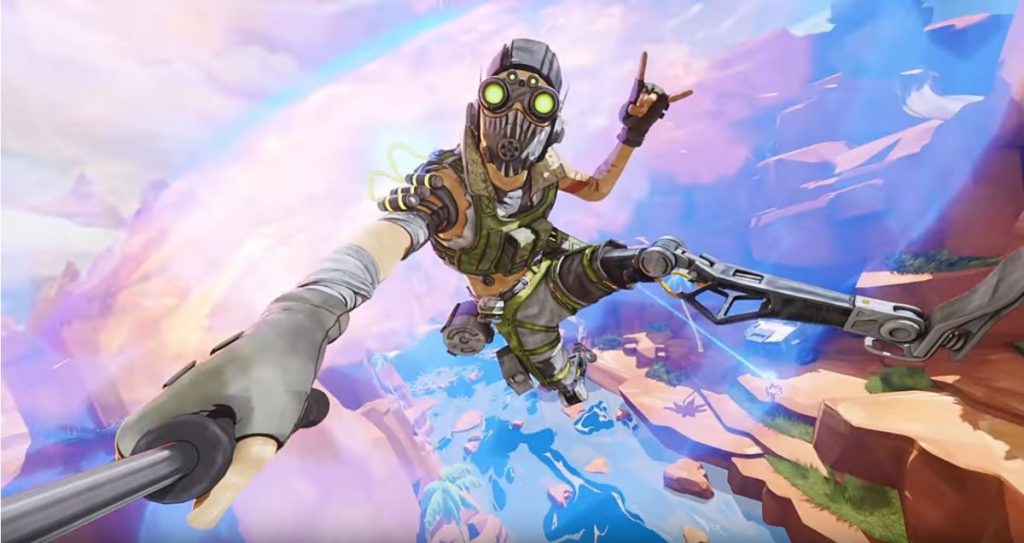 A future Apex Legends patch will remove a popular movement exploit that has seen wide use in recent months. Known as “tap-strafing,” the tactic allows players to quickly change their midair trajectory while maintaining momentum. Basically, you become a speedy midair bullet that’s very hard to shoot at.

Respawn announced on Twitter that the unintended movement technique will be removed in Apex Legends patch 10.1. “Our reasoning: It’s inaccessible, lacks readability/counterplay, and is exacerbated by movement abilities,” the tweet reads. The dev promised to go into more detail when the official patch notes come, but it’s not yet clear when that’ll be.

It can be hard to see exactly what’s happening in tap-strafing clips. Usually, trying to shift your direction midair will slow you down, but with a few simple inputs, tap-strafing lets you pick up speed and then bounce around in any direction you want. You could think of it as an extremely quick dodge roll that Respawn never designed for.

Apex Legends (and Titanfall before it) is no stranger to community-discovered movement techniques. For years, players have employed versions of slide cancelling and bunnyhopping to optimize speed. In some cases, Respawn has stepped in to nerf these tactics. In 2019, Respawn removed the ability to heal while bunnyhopping across the ground, a change that made sense for the intended penalty of healing (you have to stop running for a while).

The removal of tap-strafing seems like a similar case. Jumping in Apex Legends naturally makes you a harder target, but it’s balanced by forcing players to pick a direction and stick with it.

By tap-strafing, players bypass this penalty and become harder to hit than with any other intended mechanic. Left untouched, tap-strafing could become the best, meta-defined technique to outmaneuver players in Apex. To players that enjoy tap-strafing as a tool, that may sound like a good thing, but Respawn clearly thinks Apex is better off without it.

After much consideration and debate, we’ve decided to remove tap-strafing from @playapex in patch 10.1.Our reasoning: It’s inaccessible, lacks readability/counterplay, and is exacerbated by movement abilities.The next patch notes will include a more detailed note about this.August 31, 2021

Part of the reason, I suspect, is the power of tap-strafing against console players. While some report that tap-strafing is somewhat possible on a controller, it’s way easier to execute on a keyboard and mouse, furthering the skill gap between the platforms in crossplay matchmaking. Once again I must apologize to our console brethren.

As Respawn points out in its tweet, tap-strafing can also be combined with some character’s movement abilities to pull off some truly overpowered shenanigans, like flipping an instant u-turn with Pathfinder’s grapple hook or Octane’s jump pads.

But soon, players will have to go back to strafing mid-gunfight the old-fashioned way, so enjoy it while you can.