Home » Scaramouche is returning to Genshin Impact, this is not a drill

Scaramouche is returning to Genshin Impact, this is not a drill 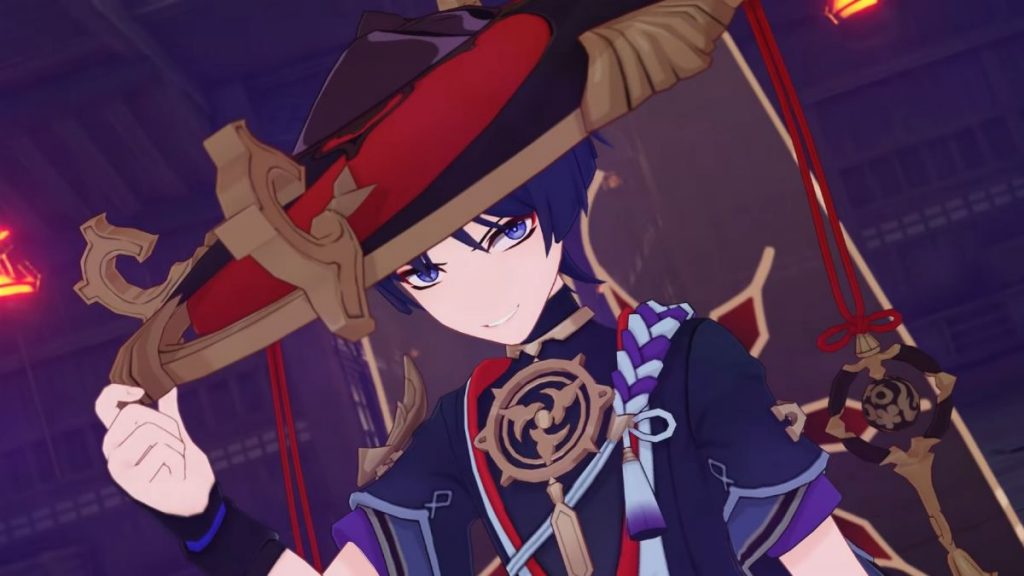 A favourite Genshin Impact character is returning to the world of Teyvat, and fans are freaking out.

Scaramouche appeared all the way back in Genshin Impact 1.1, one of the Fatui’s terrifying eleven harbingers. He landed alongside a limited-time event, shrouded in mystery. The whole thing culminated in the vague yet shocking revelation that the world’s stars and sky is “fake.”

It’s been nearly a year since that event, and both Scaramouche and his narrative bombshell have yet to reappear. But it shouldn’t be long before we see him again, as the newest Genshin Impact 2.1 livestream gave us a small glimpse at his return. Naturally, miHoYo didn’t give much away, keeping the trailer mighty cryptic. But it looks as though the main traveller may be facing off against Scaramouche later into the story.

It makes sense to see Scaramouche make a return now. It was known back in his original event that he hailed from Inazuma, which was only added to the game in last month’s 2.0 update. But it hasn’t stopped fans from freaking out on Twitter and reddit about his return, with many celebrating the upcoming “Scaramouche season.”

Genshin Impact’s cast is such a core part of why the community, including myself, feel so enamoured with the game. When a notable character vanishes for a significant period of time, it’s noticeable, so Scaramouche’s return is only a good thing. Now c’mon miHoYo, when are you gonna make him playable?

The Genshin Impact 2.1 update is due to kick off on September 1, with new characters, areas, and events in abundance.