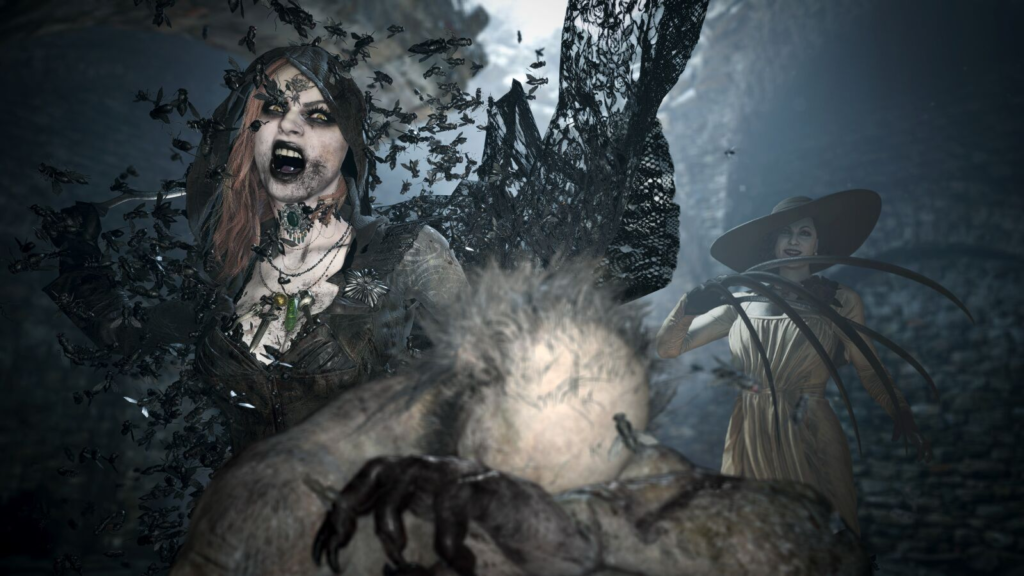 Pre-orders are now live for the Resident Evil Village Gold Edition, with a new trailer showing fresh footage of Lady Dimitrescu in action.


The Winters Expansion DLC builds on the Mercenaries mode and gives players the chance to play as both the iconic Lady D and villainous Karl Heisenberg, as well as Chris Redfield.


That means swinging a giant hammer, manipulating metal, and throwing chairs – check it out in the trailer below.

“Lady Dimitrescu looms large over enemies in this action-packed mode, where she brings her nine-foot stature to bear against any Lycans or other foes unfortunate enough to cross her path,” reads a press release from Capcom.

“In combat, Dimitrescu builds a Thrill meter by slicing adversaries to ribbons with her razor-sharp talons. This allows her to perform special actions like slamming down hostiles or summoning her daughters.”

Heisenberg, meanwhile, can pull in enemies with his magnetic field, while Redfield can use his “boulder-boxing fists”.

The trailer additionally gives a glimpse at the DLC’s third-person mode and Shadows of Rose story expansion.

Resident Evil Gold Edition pre-orders are now live!
Here’s a preview of what to expect from the three new playable characters in The Mercenaries Additional Orders, included in both Gold Edition and the Winters’ Expansion DLC.
?⚙️?
? https://t.co/i4YXminxdw pic.twitter.com/yPTCLTsLM5

Both The Winters Expansion DLC and The Gold Edition (bundling the base game and DLC) are set for release on 28th October across Xbox and PlayStation consoles and PC (via Steam).

So excited about this trailer drop! ?

Let me know what you are most excited about! https://t.co/i4vlSlx63n

For more on Robertson’s portrayal of Lady Dimitrescu, check out our interview.