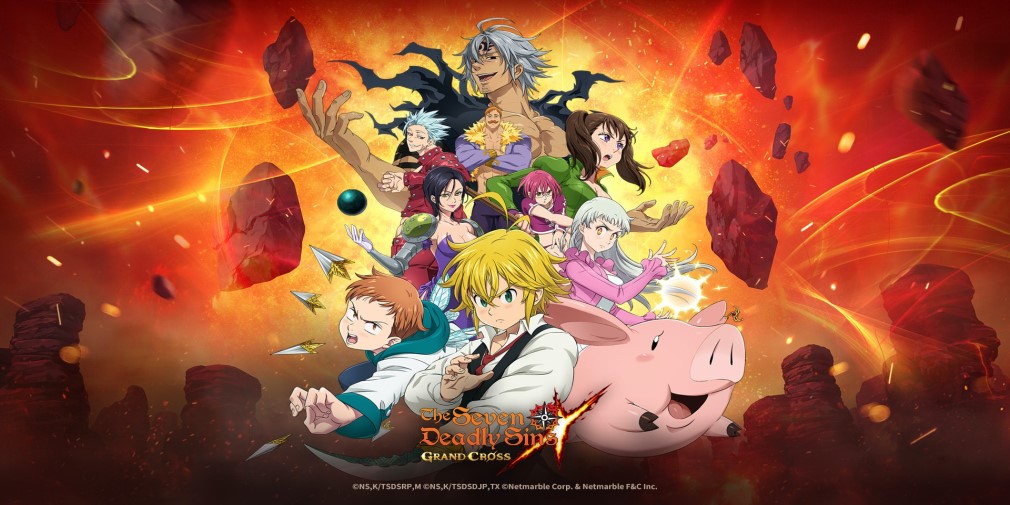 The Seven Deadly Sins: Grand Cross, Netmarble’s popular mobile RPG is celebrating its 2.5-year anniversary with the new Holy War Festival. The game will host numerous events with a myriad of rewards up for grabs including a new character, items, and much more. All the festivities have begun and should be available for about a month.

Let’s kick things off with the Rampaging Darkness Festival draw which gives players a chance at getting their hands on The Seven Deadly Sins: Grand Cross’ latest character – Twisted Darkness Beserk Estarossa. The draw includes numerous Holy War Festival heroes. Do note that the SSR heroes will be provided at 80 UR Lv 80.

The next 28 days will see the Holy War Festival check-in event that will offer players an entire treasure trove of rewards including 180 diamonds, 15 SSR necklaces, and so much more. Grand Cross’ story is being expanded as well with the launch of the 24th chapter.

Further, in the Death Match – Lamek returns event, players will be tasked with clearing stages by defeating difficult bosses so that they can earn a Guaranteed SSR Ticket, 7DS 2.5th Anniversary Card Pack, and costume for Estarossa of Love which will be available at the Event Exchange. The Death Match also features a cooperation event which will gather points earnt by players in the Asia and Global servers and reward everyone accordingly.

To top things off, the Holy War Festival will include Hawk’s Dreamland Adventure event that has a really fun mini-game with automatic combat to try out. Rewards for this event include a 7DS 2.5th Anniversary Card Pack and costume for Melascula of Faith.

Take part in all of the Holy War Festivals events by downloading The Seven Deadly Sins: Grand Cross for free by clicking on one of the links below.

On the lookout for more immersive games? Then, check out this list of the best RPGs to play on mobile right now!