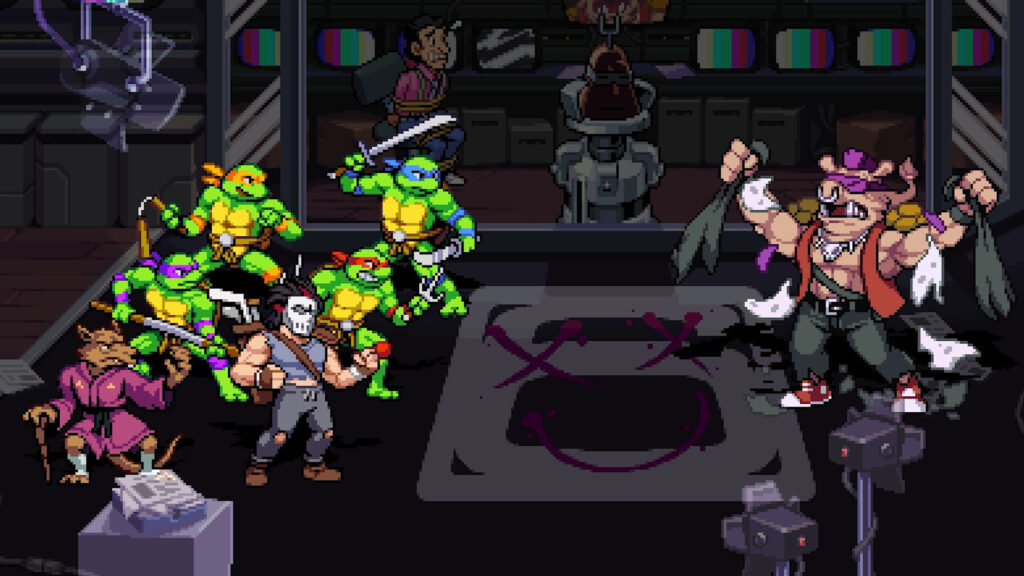 Have you experienced any desync while playing Teenage Mutant Ninja Turtles: Shredder’s Revenge online? I sure have, and it made for some chunky gameplay in spots. Thankfully, that may be a thing of the past now. TMNT: Shredder’s Revenge got a pretty hefty stability patch, which targets online desync and performance issues, among other changes.

The desync fixes coming to TMNT: Shredder’s Revenge are likely ones I welcome the most out of the stability patch. I played the game co-op with our own Andrew during the review process, and there were some shaky moments. Overall it was still enjoyable, but desyncs, such as during boss fights, weren’t unusual. The patch, however, fixes this by preventing bosses from snapping around after getting hit by the client. Issues that kept the game from detecting Ready players have been addressed as well. Many connection issues causing the aforementioned desyncs have been fixed.

The patch also addresses freezing issues and getting stuck on things. Enemy freezing has been fixed for both online and offline play. A bug causing players to die instantly after falling down holes is gone. For those who got stuck on an edge after a performing a Dive Kick, no worries; the patch should prevent this from happening anymore.

The stability patch fixes other bugs found in Shredder’s Revenge. For example, some reported that they would get stuck in the Pause menu during their games. Thankfully, the patch should fix the problem. The patch also addresses game crashes, sound playback when alt-tabbed, and a whole lot more.

But the patch also adds a bit to the game. If someone gets kicked from the party, they’ll get a message telling them they received a visit from the Foot. The patch also adds more developers who were missing from the credits screen, and fixed Edwin’s name.

You can check out the entire patch notes over at Steam.