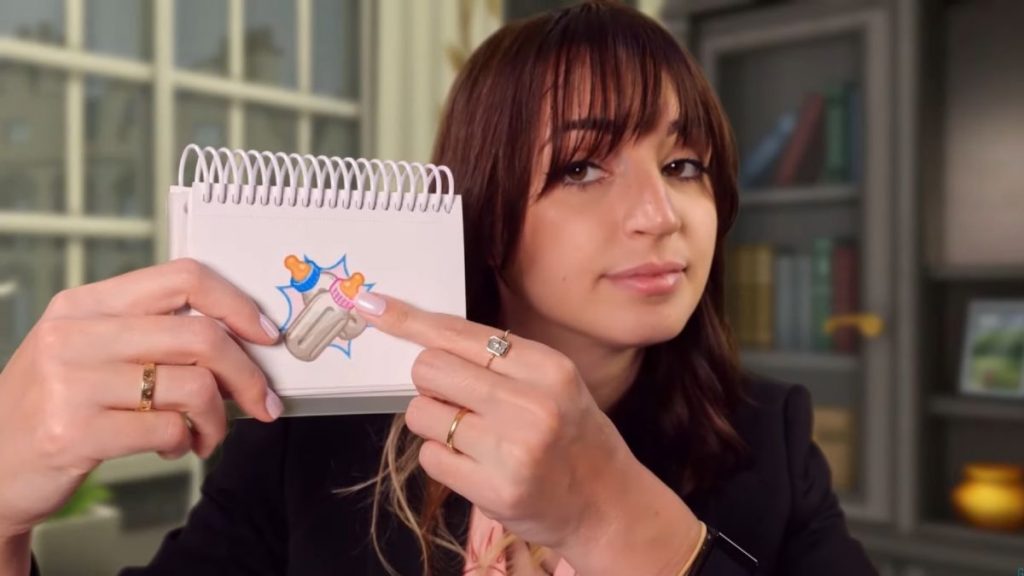 I’m not much of an ASMR fan—the intense whispering and various mouth noises give me the heebie-jeebies—but I will 100% make an exception for Simlish ASMR.

YouTuber Gibi ASMR has rather impressively managed to do an entire 17-minute video entirely in The Sims’ made-up language, complete with a Simlish G-Fuel sponsorship. In typical ASMR fashion, the entire video is set up around an imaginary scenario, with Gibli taking on the role of a Sim conducting a final interview.

According to the video description, Gibi said she thought it “would be hilarious to make a really ‘serious’ concept, AKA, the final round of a very important interview, and turn it into the goofy Sims style… kind of like when you’re nervous in a high-pressure situation and it’s like they aren’t speaking a language you know.”

There’s a lot to unpack in the video. At one point, Gibi presents a notebook with various icons from the game, like various emotional traits and then icons which I’m pretty sure imply that this job is going to literally work me to death. Almost immediately after she sticks a colander on my head, Strangerville style, before tying me up. I’m not sure why, but I am pretty sure I don’t want this job anymore.

Gibi briefly mentioned how she went about stringing the dialogue together, saying she “went into The Sims and dictated a bunch of words” that she could hear Sims saying. Considering there’s no actual structure or straight translation when it comes to Simlish, being able to string together almost 20 minutes of believable-sounding gibberish is a mighty feat.

Perhaps unsurprisingly, it’s not the first ASMR Simlish video to grace the internet—fellow ASMR YouTuber HaleyJean did a Simlish makeup video back in 2019—but Gibi manages to absolutely nail it. It’s worth watching just for the G-Fuel sponsorship alone, which is the only time I’ve ever considered buying the energy drink.