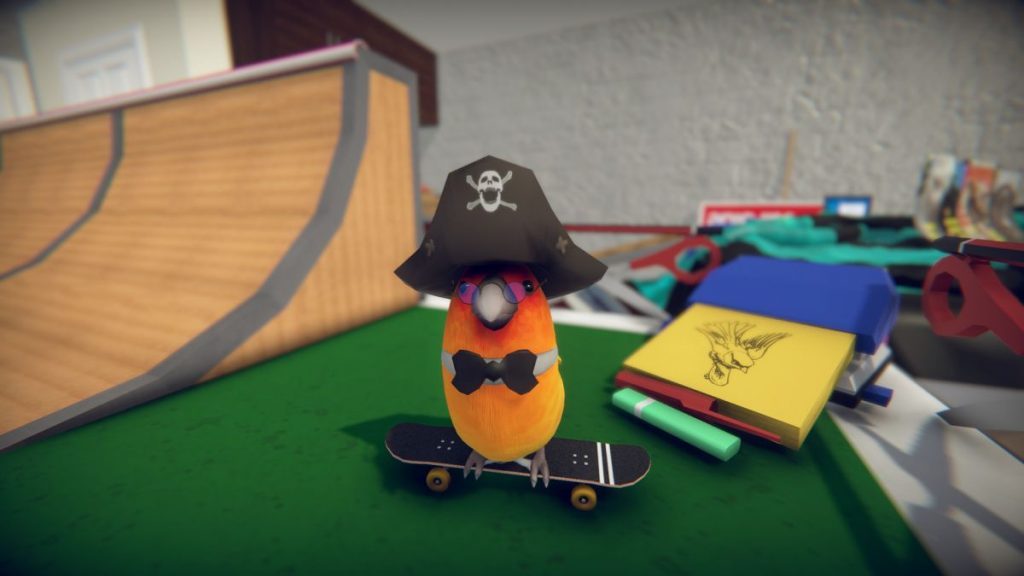 Skateboarding skim SkateBIRD has been slightly delayed from its original August 12 release date and will now be with us on September 16 instead.

According to a tweet by Glass Bottom Games founder Megan Fox, the reasons for this are quite simple—SkateBIRD is the studio’s first “giant” game that ships on multiple platforms simultaneously.

“But no this isn’t in response to the PAX demo,” Fox goes on to say. “That went fine. The feedback was great. Seeing a few stories saying “ALL NEW UI!” and no, heh. Fixed a few bugs is all. ;)”

“Shipping games is hard” the delay announcement of Steam reads, and goes on to describe an SDK (software development kit) issue “where the old code worked but the new one suddenly didn’t, you get the idea”. Not really, but that’s okay! The point is likely that nothing dramatic happened to delay the game, and it’s hardly a big delay either: just in case it was ruffling any feathers.