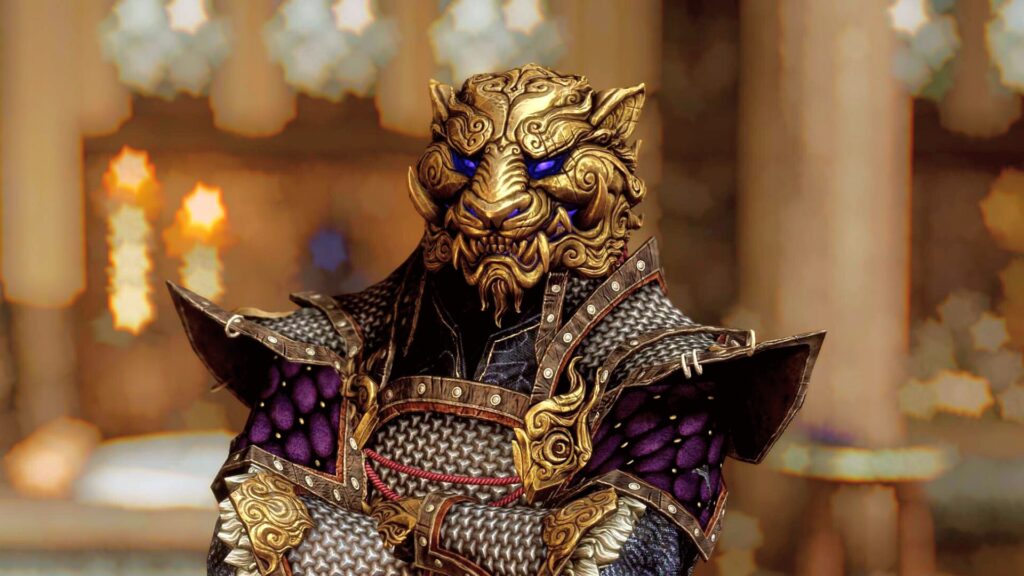 Skyrim mods are an ever present part of the Bethesda RPG, with the free downloads ranging from minor gameplay tweaks to major mechanical changes. So while you wait for the likes of Starfield, why not download an incredible armour set for one of the best RPG games.

Created by Deydranos, the Lunar Guard Armour is a recent mod that adds craftable heavy armour to Skyrim that’s also inspired by the Khajiit race in the game.

“The Lunar Guard armour is a craftable heavy armour, heavily inspired by the Khajiit,” writes Deydranos of the fantasy game mod. “I felt like there weren’t a lot of lore friendly armours that catered solely to them, hence the creation of this armour mod. The name of the mod is derived from the Bi-Lunar Guard in Elder Scrolls lore.”

Despite being inspired by the Khajiit, the Skyrim mod armour can actually be worn by any character of any race or gender. There are different meshes for the helmet and cuirass though, depending on if you’re playing as a Khajiit, Argonian, or any of the other races.

You can see the Lunar Armour in action in the below YouTube video as well (thanks Salmagros):

The mod for the Bethesda RPG should also be usable with any mods, but there are a number of specific ones that can enhance the experience. The SPID distribution patch adds the armour to Khajiit caravan guards, and it can even be used on a modded Khajiit himbo body too.

Deydranos also says they have future plans for the Skyrim mod, as new colour and texture variations for the Lunar Guard Armour, a weapon set following the theme, and even wispy smoke around the eyes and mouth are all potential additions. Deydranos says they just need to find “the time and motivation for it.”

You can find the Lunar Guard Armour on Nexus Mods, and there are links to the other mods that integrate the armour set with other content linked on the mod page as well.

If you’re looking for a mod that makes the Bethesda game a little more dangerous, there’s an x-rated  Skyrim magic mod. Or you could check out our list of the 100 best Skyrim mods, which can drastically change how you play the game.