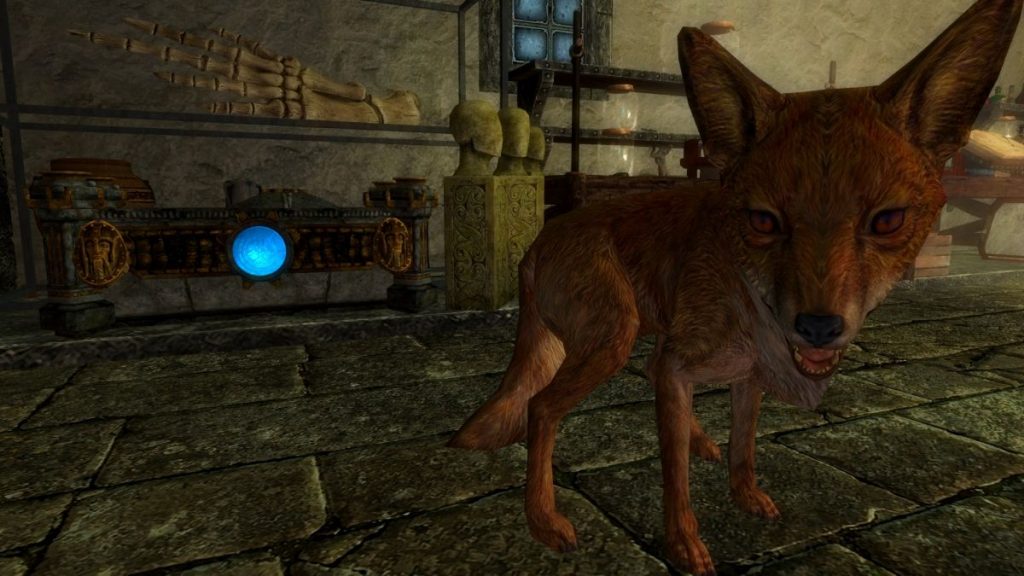 Recently, ex-Bethesda artist Nate Purkeypile took to Twitter to tell the story of how during development the cart in Skyrim’s intro was defeated by a single bee. Joel Burgess, another former Bethesda employee who worked on Skyrim as a level designer, chimed in with some more detail on that particular bug (are bees bugs? Never mind), and has now returned with another behind-the-scenes story from Skyrim development—the tale of the treasure fox.

If you play Skyrim long enough you might have heard that if you follow a wild fox, it’ll lead you to a location with loot. Arguments about whether this is true go back at least a decade. As Burgess explains, there is actually some truth in it, though foxes weren’t designed this way deliberately.

Skyrim AI is programmed to follow the navmesh, an invisible layer of triangles that tells it which areas of the world it can walk on. “In most situations,” says Burgess, “you’re seeing AI decide what to do (run at player, hide in cover, etc), use navmesh to make a path, and navigate along that path.”

Why does this mean foxes gravitate to loot? We’ll get there. First, you need to understand NPCs have multiple varieties of pathfinding. There’s high process, which is “the most fancy, cpu-intensive pathfinding. It uses the full navmesh and will do things like line of sight and distance checks.” Then there’s low process, “used for stuff like NPCs walking a trade route across the world. These are only updated every several minutes, and position is tracked very loosely. The bandit stabbing your face, however, is running nav stuff many times per second.”

Somewhere in the middle is a level of pathfinding used for NPCs who are too near the character to get away with low process, but whose behavior is too simple to demand CPU-intensive high process pathfinding. Like foxes, who just run away from you.

“This is where understanding of how Skyrim uses navmesh comes in”, Burgess goes on. “Swaths of the outdoor world have simple navmesh.  You don’t need to add lots of detail in a space with basic topography, little clutter, or a low chance of combat. So wilderness = small number of big triangles.” By contrast, areas with extra visual detail and/or NPCs have more, smaller triangles.

“The Fox isn’t trying to get 100 meters away – it’s trying to get 100 *triangles* away. You know where it’s easy to find 100 triangles?  The camps/ruins/etc that we littered the world with, and filled with treasure to reward your exploration.”

So there you have it, the myth of the treasure fox does have a basis in reality. Foxes are more likely to lead you to a point of interest than to an empty bit of wilderness, but that doesn’t necessarily mean loot. It could mean a bunch of NPCs hanging out, or a cave bear that will maul you to death.

“Emergent Gameplay is often used to describe designed randomness,” Burgess concludes, “but this is a case of actual gameplay that NOBODY designed emerging from the bubbling cauldron of overlapping systems. And I think that’s beautiful.”