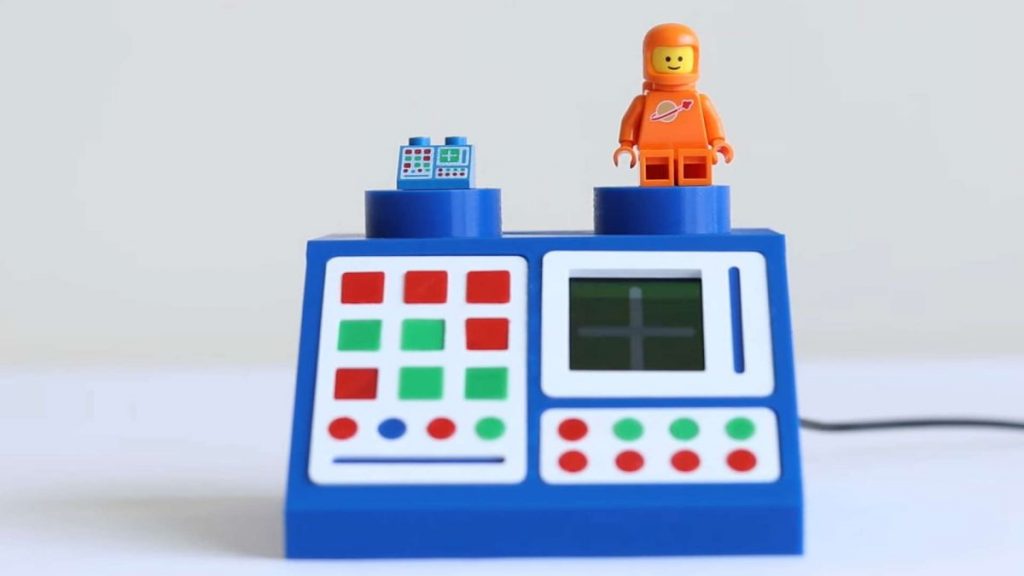 Remember those days of rifling through hoards of Lego to find the perfect part, and coming across that little blue space computer? ‘I wish I had a cool blue dashboard like that,’ you’d whisper under your breath. Finally, in this age of homebrew computing, someone decided to make that dream a reality with a giant version that actually works.

YouTuber Dyoramic took it upon himself to build the thing using an Adafruit colour OLED breakout board, 1.5-inch colour OLED screen, and ESP32 microcontroller (via Brick Fanatics). It connects up to a PC via USB, and even has a little space console animation on bootup—a nice touch.

The case is entirely 3D printed, and around six times larger that the original Lego piece, at 10cm x 10cm. Only three of the six buttons are actually wired up, as that’s all that was needed.

Users can cycle through a number of modes, including one that makes it look like a little radar, which is what the creator had always imagined the original Lego dashboard was. Come to think of it, the cross is a dead giveaway.

There’s even a game included on the system. The aim is to avoid the falling bricks, using the buttons to shift side to side. Other functions include a date and time display which the creator admits, “While boring, it’s probably the most useful mode;” and one that cycles through space facts, because “who can have enough space facts?”

The project cost just over $55 in total. A spectacular way to spend half a Benjamin, if you ask me. The creator has another, even larger Lego console project on the go, which currently sits atop his desk and displays time, date, weather, and some cryptocurrency share prices—the dash for which was built using Smashing.

So, as always, don’t let your awesome DIY ideas go unmade, especially the Lego-based ones. Be like Dyoramic and bring your childhood dreams to life.