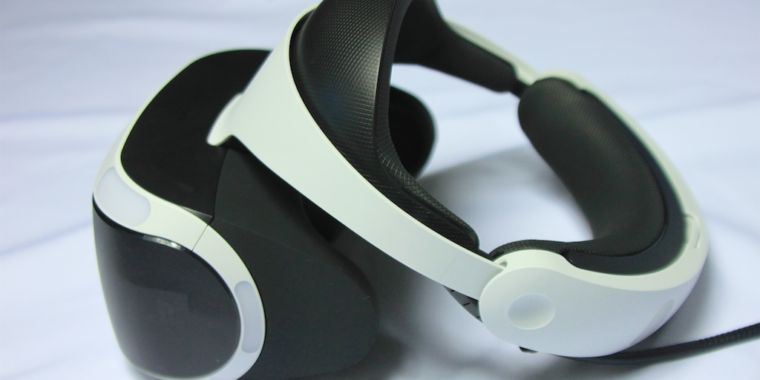 A Sony executive confirmed Friday that the PlayStation VR 2 will not be backward-compatible with games developed for the original PlayStation VR.

Sid Shuman, senior director of content communications at Sony Interactive, asked Hideaki Nishino, senior vice president of platform experience at Sony, whether games for the original PSVR could be played on a PSVR2 kit on the Official PlayStation Podcast, episode 439 (his answer starts at 29:12).

“PSVR games are not compatible with PSVR2 because PSVR2 is designed to deliver a truly next-generation VR experience,” Nishino said. Nishino listed several “much more advanced features” in the VR2, including new controllers with haptic feedback, adaptive triggers, advanced eye tracking, and 3D audio. “That means developing games for PSVR2 requires a whole different approach than the original PSVR.”

While the answer was emphatic—”not compatible”—and closed off any hope fans might have harbored, Nishino’s checklist of new VR2 features didn’t clearly explain why the system would be incapable of running less-advanced VR1 games.

Consider the Oculus Rift S, which touted an entirely different eye tracking system than its predecessor, the original Oculus Rift. The Rift S maintained compatibility with games built for any Rift system (along with some games for other headsets). It was a seamless transition for those who upgraded their Rift or bought into VR at a later stage.

It’s also a disappointing outcome for some great games that were available only on PlayStation VR. Those include the original Mario-caliber Astro Bot, brain-twisting puzzle-game Statik, the VR mode for Resident Evil 7 that never saw release on any other system, first-party VR exclusive Blood & Truth, and a VR mode for WipEout that could only benefit from a VR2 headset.

The lack of compatibility could possibly involve the PSVR2’s far more focused control system, centered on the Sense VR controllers. PSVR players could swap between a DualShock 4 (and even use that gamepad’s motion-sensitive features), PlayStation Move wands, and even the PSVR Aim Gun. While the PSVR2’s gamepads follow the typical VR design, they have more refined rumbles and “impulse” triggers, cribbed from the PS5’s Dualsense.

The PSVR2, slated for early 2023, received a more formal introduction to the world earlier this week when Sony offered hands/eyes-on details of the PS5 add-on at the 2022 Tokyo Games Show. The VR2 offers several quality-of-life upgrades from its predecessor, including a single cable connection, a precise interpupillary distance (IPD) calibration tool, and an improved room-tracking system. This followed earlier reveals of the system’s base specs.

Sony does offer a camera adapter to play PSVR games on the PlayStation 5, which helps keep the system viable. But that’s not much consolation for the noteworthy games stranded on the isle of previous-generation VR experiences.