Home » Splatoon 3: Gear Abilities Explained and the Best to Pick

Splatoon 3: Gear Abilities Explained and the Best to Pick 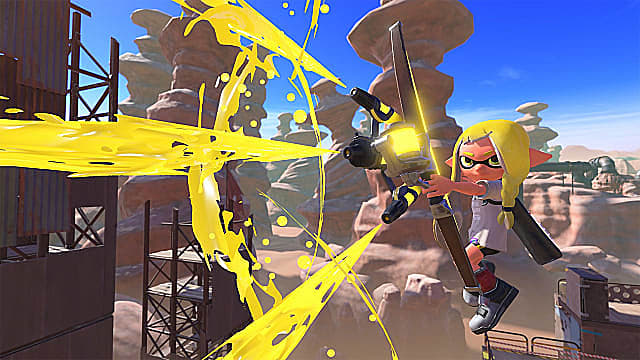 Splatoon 3 gives you plenty of ways to customize your splat. From a huge list of weapons that will take you hours to collect to a steady cycle of new fashionable outfits and plenty of hairstyles, the game’s shops have you covered in terms of both form and function. But choosing what you wear in Splatoon 3 is about a lot more than just looks, it’s also about the abilities attached to your gear.

Every piece of gear you equip comes with one inherent ability tied to that specific item. Each article of clothing also has slots for up to three additional abilities. But what are abilities in Splatoon 3 and which ones are the best?

What are Gear Abilities?

Splatoon 3 gear abilities are passive bonuses attached to your headgear, clothes, and shoes. Each piece of gear comes with one default ability and up to three additional ones you can unlock by using it in multiplayer.

Having optimal abilities in all three slots is ideal in Splatoon 3, but not all gear comes with all slots unlocked by default.

You will get better gear to drop by playing Salmon Run mode, but most of what you’ll get in Splatoon 3 can be upgraded and modified. To upgrade your gear’s rarity and customize its abilities you’ll need multiple forms of in-game currency.

To unlock more slots for abilities on your gear, you’ll need to increase its star rating. This can be done one of two ways.

How to Scrub, Re-Roll, and Add Abilities to Your Gear

You can pay Murch Cash to scrub your gear and remove all its abilities, allowing you the chance to try for better traits a second time.

Murch also lets you pay him Conch Shells to re-roll slots. However, to add the abilities you want to clothing with empty slots, you’ll need Ability Chunks. You must give Murch 10 of these chunks to add an ability to an empty slot.

How to Get Ability Chunks

Ability Chunks can be earned in a couple of ways. They will drop as a reward in Green Capsules during Salmon Run, the most reliable way to farm chunks.

You will also be rewarded with Ability Chunks whenever you tell Murch to scrub an item. This essentially allows you to (with some additional Cash charge) transfer abilities from one piece of gear to another using this system.

Here are the eight passive abilities we’ve found to be most useful while splatting others in Splatoon 3 multiplayer.

And that’s everything you need to know about gear abilities in Splatoon 3. Now that you have the best ones, you’ll win matches left and right. Check out our other Splatoon 3 guides for more advice on how to get the most out of the game’s Splat-tastic multiplayer mayhem, like how to get Hero Gear or Sheldon Licenses.