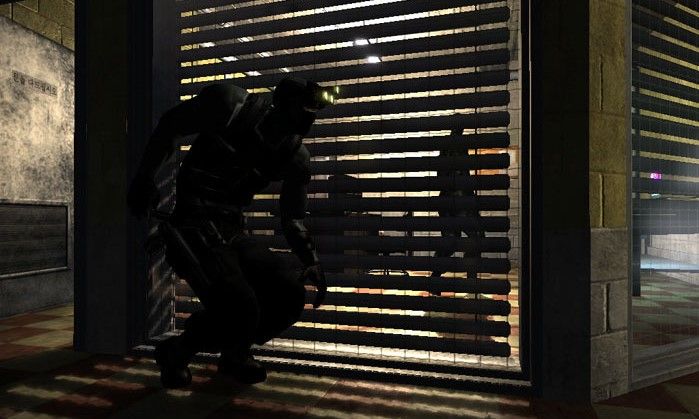 Splinter Cell: Chaos Theory was a satisfying tactical stealth game when it released in 2005, and it’s arguably the reason so many want the series to make a comeback. Ubisoft seems reluctant to confirm or deny another Splinter Cell game—even while it shoehorns Sam Fisher into its live service games—so in the meantime we’ll need to make do with the classics.

That’s easy right now, because Splinter Cell: Chaos Theory is currently free to keep on the Ubisoft store. The offer is valid until November 25, and you’ll need Ubisoft Connect to play it. If you’re a stickler for keeping your games on Steam, it’s actually pretty cheap there at the moment, with a 75% discount.

Chaos Theory is set in the dreaded future dystopia of 2008, where aggressive information warfare requires a more careful approach. That’s where Sam Fisher comes in: he’s really good at sneaking around, you see, and Chaos Theory is the instalment that perfectly combines open level design, a tense narrative, and the ability to break your foes’ necks with style and subtlety.

While demand for a new Splinter Cell has been high since 2013’s Blacklist, evidence that it’s actually going to happen has been thin on the ground until last month. Development sources reckon a new “mainline” instalment is going to be revealed in 2022. In the meantime, you can look forward to the Splinter Cell Netflix series, or play as Sam Fisher in Rainbow Six Siege, or hang out with him in Ghost Recon Breakpoint.