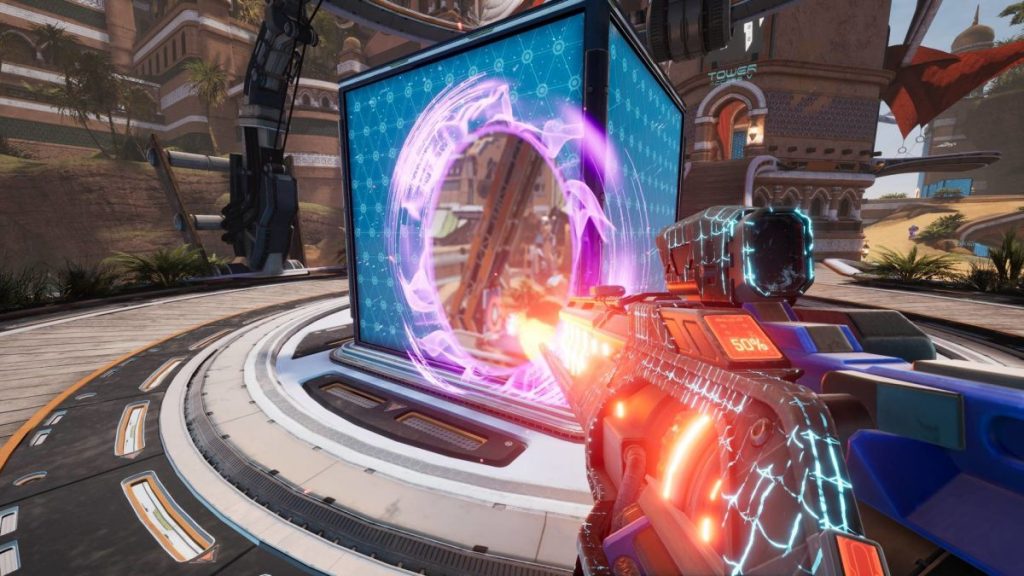 Sadly, Halo Infinite won’t feature the series’ fantastic in-game Forge editor at launch. Spotting an opening, Halo-but-with-portals arena shooter Splitgate now reckons it can one-up its inspiration by adding its own map editor before Infinite gets one.

Developer 1047 Games made the claim in response to, of all things, a prompt tweet from KFC Gaming. Yes, the chicken people.

Splitgate will have forge mode before Halo Infinite. (Sorry in advance Halo fans, we love you but we had to)September 15, 2021

While it could easily be one game developer trying to rile up its closest competition, a follow-up reply suggests the team is strongly considering it—suggesting you’ll at the very least be able to modify which surfaces can be portal’d on.

A series staple since Halo 3, Forge mode evolved from a fairly simple tool for moving around props, weapons, and spawns to a properly robust map-making tool in its own right. That it won’t be in Infinite at launch is almost as much a shame as the game’s lack of campaign co-op on release, a fact Wes reckons is evidence Infinite is coming in extremely hot.

Splitgate, meanwhile, has had a shocking upswing in popularity this year, despite hitting Steam Early Access back in 2019—so much so that the game’s servers struggled to keep up. Last month the developer explained that it would be keeping Splitgate in open beta indefinitely as it scales the game’s infrastructure to account for this newfound audience.