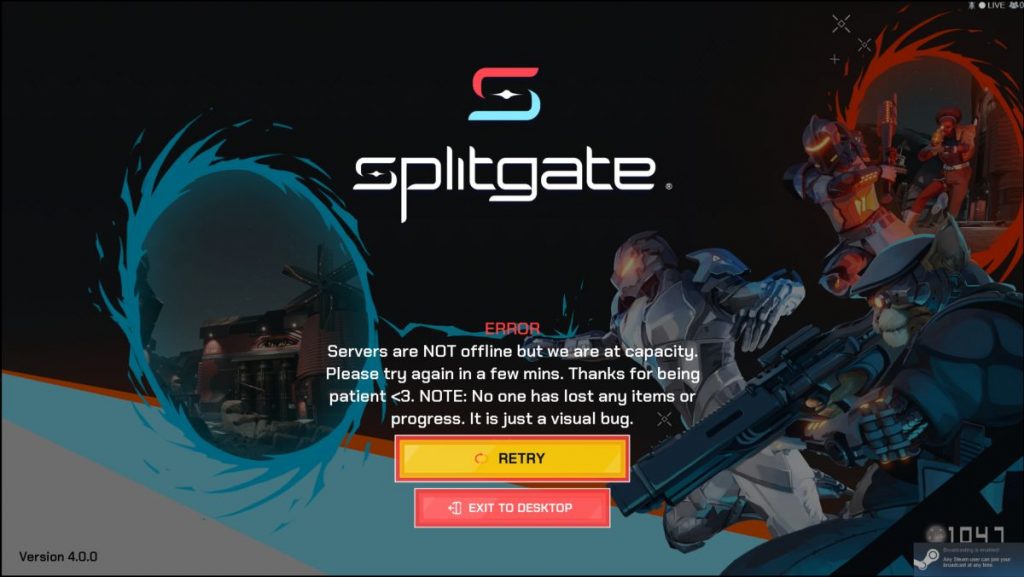 Splitgate, an arena FPS that’s basically Halo with portals, has quite literally become a victim of its own success. Having already postponed its departure from early access while it sorts out server issues, developer 1047 Games this weekend tried to explain why the solution isn’t as simple as buying more servers.

Coming into August, Splitgate began exceeding 50,000 concurrent players on Steam, with 100,000 concurrents across all platforms. Unfortunately, the small studio’s servers haven’t quite kept up, with players reportedly waiting upwards of 90 minutes to get into a match.

Taking to TikTok, server engineer Olly Freeman likened the situation to opening a small restaurant—and explained that the team can’t simply “buy more tables” if there’s nobody to hire the waiters and chefs to feed those extra mouths.

In the meantime, 1047 has set up a new Splitgate Status Twitter account to provide periodic updates on the game’s server situation, while the game’s official Discord server should provide live information on how long you can expect to get into a game.

Splitgate is currently set to launch sometime later this month, and will arrive with three new maps—and hopefully, queue times shorter than a feature-length film.