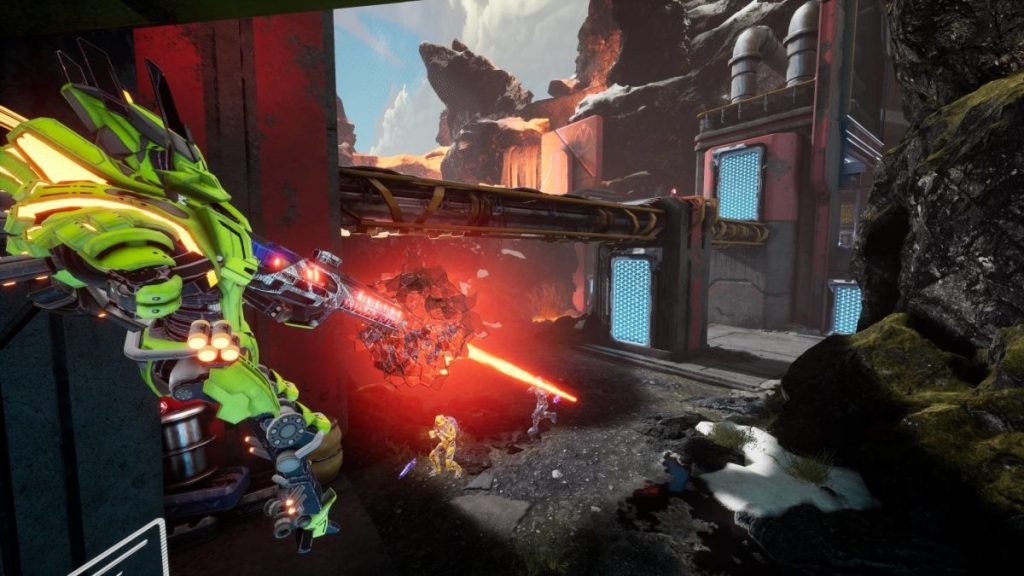 The sudden success of Splitgate has seen studio 1047 Games scramble to cope. The Portal-meets-Halo arena shooter was originally scheduled to launch into 1.0 on July 27, but thanks to a huge surge in player interest—prompted by an open beta available on consoles—that was moved back in order for the studio to boost its server capacity. The 1.0 release was moved to an unspecified date in August, but now that release has been delayed indefinitely.

Studio CEO Ian Proulx said the game will “remain in open beta for the foreseeable future as the small studio continues to scale the popular arena portal shooter that has seen more than 10 million downloads in its first 30 days of open beta.” According to the studio, the game’s concurrent player count has risen from 4,000 to 175,000 “in a few weeks.”

“In looking at the issues facing the scalability of the game’s backend, the process includes far more than simply dealing with server capacity,” Proulx said. “We are focused on keeping the game stable for fans, and iterating on the game’s concurrent capacity in order to minimize player wait times. We want to do this the right way, and we want to be prepared for massive scale when we officially launch, all the while continuing to improve the beta with frequent updates, additional features, and improvements to server capacity.”

While the situation is always improving, you’re probably still going to need to check the Splitgate server status if you’re struggling to get into the game. The beta battle pass is still scheduled to end on August 24, but there’s big Splitgate news coming on August 25 as part of Gamescom.