Starship Troopers: Terran Command gets a playable demo next week 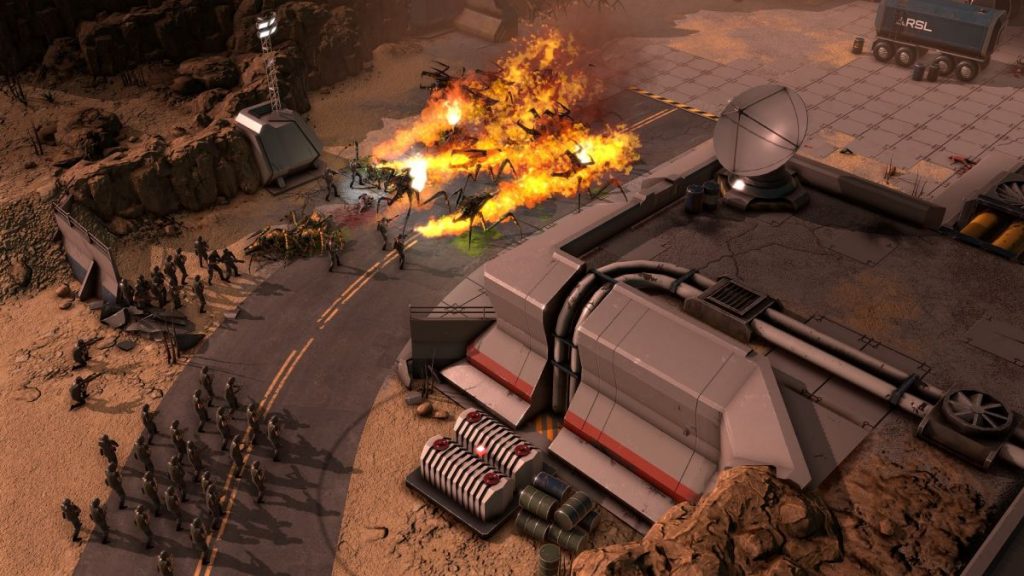 After being relatively quiet since its 2019 announcement, the survival RTS adaptation of Starship Troopers is finally getting a playable demo.

Starship Troopers: Terran Command is based on the first movie—not any of its paltry sequels, thankfully—and is being helmed by The Aristocrats, the studio behind the relatively well-received Order of Battle: World War II. We’ve not seen much of the game up until now, bar its announcement at the end of 2019 and a trailer earlier this year.

Looks like we’ll be getting our hands on the game pretty soon though, with publisher Slitherine announcing that the game will have a playable demo during next week’s Steam Fest. It’ll contain two scenarios, one of which will be an early one that’ll nestle in a decent chunk of the game’s mechanics. It’s your standard RTS fare: deploy armies to defend a central outpost, along with some classic Starship Troopers bug squashing.

Although the game is coming in some kind of playable form now, there’s still no release date for the full thing. “We can’t commit to a specific release date yet as we want to act on the feedback we receive,” the press release reads. “We only ask you, if you’re willing, to give us your honest opinions on the missions you’re going to play, so that we can ensure that the game lives up to fans expectations.”