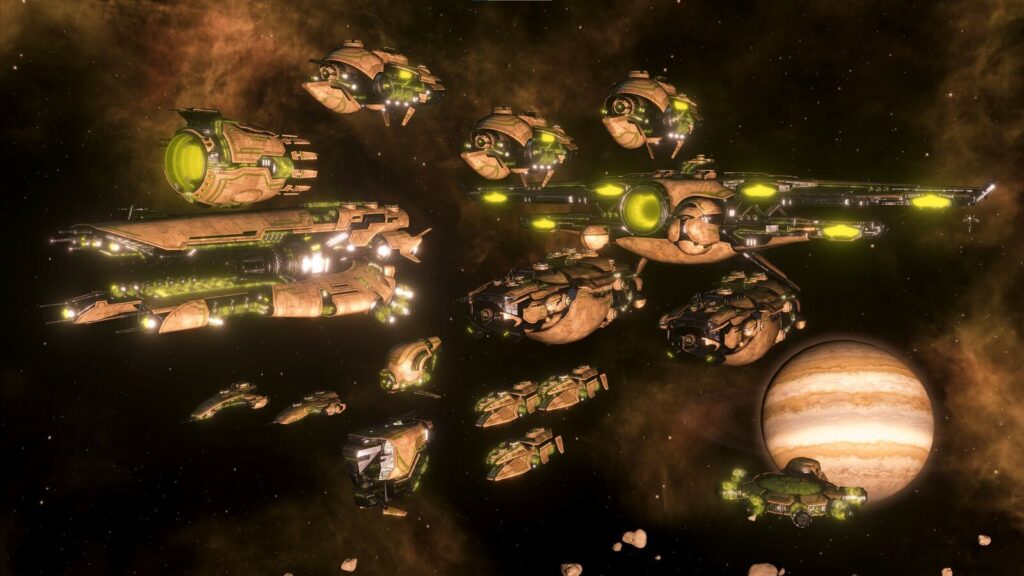 Sci-fi strategy epic Stellaris sees the launch of its paid Toxoid species pack today, but there’s a substantial free update coming in the form of the 3.5 Fornax patch too. Paradox have added a new difficulty setting aimed at easing in new players aboard Stellaris’ long-running interstellar skiff, along with some new adjustments they’re hoping will challenge more experienced players. The update also rebalances relics, improves UI and AI, and brings back Culture Workers.


Paradox say they’ve had requests for a less challenging difficulty setting following a series of adjustments to the game’s AI over the past few updates. The new Civilian difficulty setting is intended to address that, which gives players higher bonuses to resources from jobs and station, naval capacity, stability and trade value than if they play on Cadet (which is still the default difficulty setting), plus a bonus towards completing First Contact.


You might be thinking that’s a bit useless if you’re a Stellaris vet. Luckily, Paradox anticipated that, and they’re chucking in more options for scaling difficulty with the 3.5 Fornax update. There’s now three options for this: off, Mid-Game or Late-Game. Set it to Mid-Game and you’ll see AI bonuses scale from zero to the selected difficulty by the Mid-Game start year, natch. Late-Game functions the same as the game’s previous version of difficulty scaling. Paradox also added new settings to increase AI bonuses on higher difficulties as the game progresses, and an option to trigger every Crisis type sequentially with increasing strength.


Culture workers are also back by popular demand, after a period of absence from the game. They now have a base output of 4 Unity and upkeep costs of 3 Consumer Goods, with variable effects that are based on your society’s governing Ethics. Those effects are doubled for Fanatic Ethics too. You can see details of what Ethics create what outputs here. Death chroniclers are considered culture workers now too, as Galactic Memorials are replacing normal Monuments.


Fornax also rebalances relics, changing a lot of active and passive effects. Crisis relics have been buffed to reflect what Paradox calls players’ “victory lap”, while the least popular precursor relics have been buffed as well. Other relics, meanwhile, have been nerfed to bring them into line with the rest, as some were overpowered if you got your hands on them too early in the game.


There are a bunch of other tweaks in the 3.5 Fornax update, mostly UI and AI improvements. Paradox say they’ve been working on making the AI competitive but believable within Stellaris’ story. These changes include reducing AI fleet idling during wars, the ability for AI to build defence platforms, and made them more canny when building orbital ring modules and megastructures. Fornax introduces a whole bunch of performance improvements too. You can read the full patch notes for 3.5 Fornax here.


It’s been a long time since we first reviewed Stellaris, but it continues to be one of the best strategy games and best space games on PC today. The game’s changed a lot since launch thanks to numerous free and paid updates, which I recently spoke to the dev team about in light of its six-year anniversary. We discussed everything from their biggest science fiction influences to how they’re working to make Stellaris more accessible for new players.

Stellaris’ 3.5 Fornax update arrives today, along with the Toxoids species pack. You can find the base game on Steam and GOG.