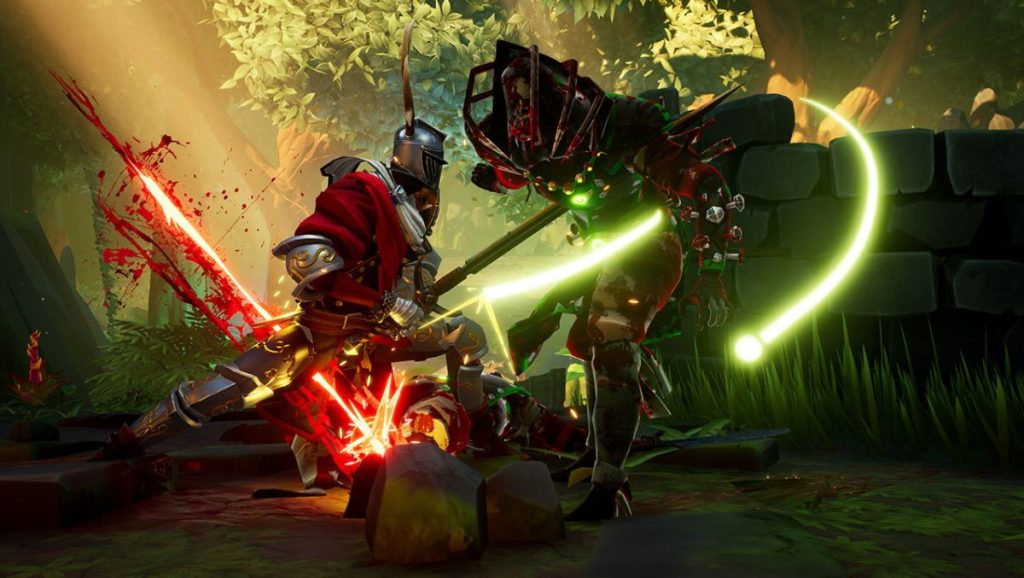 505 Games unveiled a new action-adventure called Stray Blade during today’s Xbox stream at Gamescom, a Souls-like tale of a “rogue adventurer” in the Lost Valley of Acrea and his “witty wolf”—although he looks more like a gremlin to me—companion named Boji.

The Valley of Acrea is an overgrown wilderness laid atop the ruins of an ancient, mysterious, and once very powerful civilization. Combat and exploration are “key elements” of the game and, as you uncover the history of the valley, you’ll also discover the secrets of the three Acrean metals that can restore balance to the war-torn land.

But you won’t just be wandering around and poking your head into poorly-lit places. Stray Blade will also feature intense combat that “merges strategic anticipation of enemy attacks with split-second blade-to-blade reactions,” alongside boss fights against the mighty God-Kings who rule the land. This is clearly the game’s focus: Odysseys of discovery are all well and good, but the Stray Blade website very pointedly describes it as “an ironman melee combat game about a rising mercenary company in a land ravaged by civil war.” The teaser is pretty tightly focused on the hacking and the slashing, too.

The Steam listing has more detail about what’s in store: “Both the adventurer and Boji have individual talent trees. The Adventurer is a fighter who gains experience through battle, whereas Boji is a craftsman who increases his experience by finding pieces of ancient lore,” it says.

Stray Blade is currently slated to launch sometime in 2022 on Steam and the Microsoft Store.