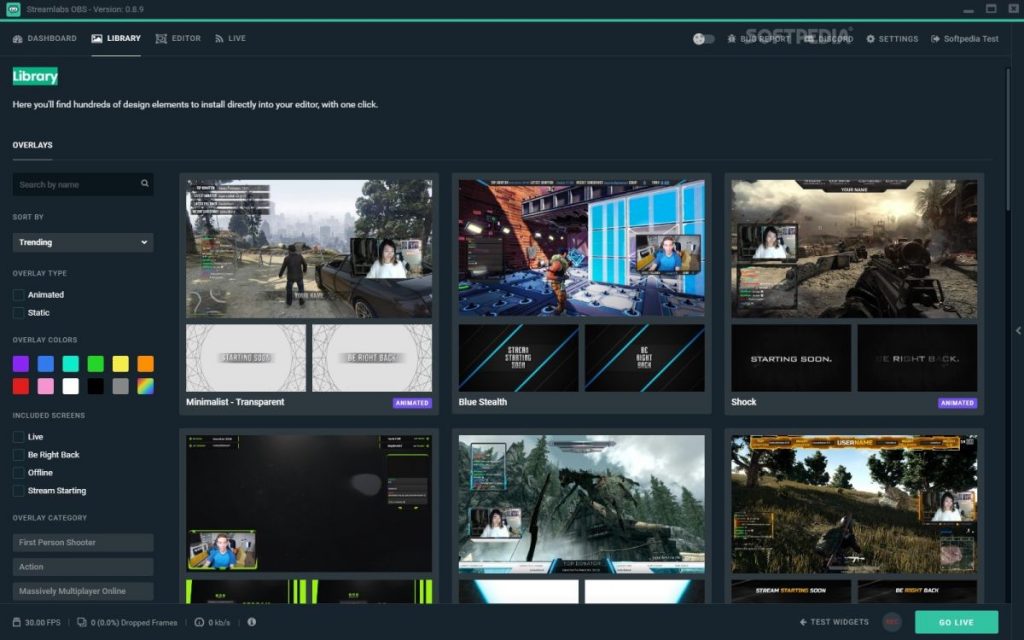 Update: Streamlabs has made a formal statement on Twitter, pledging to change the name of its product.

“We are taking immediate action to remove OBS from our name,” reads the comment. “Streamlabs OBS is built on top of the OBS open-source platform; Streamlabs OBS is also open source, and our code is publicly available. We take responsibility for our actions and will support the community.”

Numerous companies and streamers have called out livestreaming and recording service Streamlabs for plagiarism following its announcement of the Xbox-exclusive Streamlabs Studios—a new service specially intended for console users.

Lightstream, a separate service that also offers a way for console users to customise their overlays when streaming, tweeted out a comparison shot of its website compared to Streamlabs Studio’s. Both sites appear to feature incredibly similar layouts, with streamer iamBrandon pointing out that the user reviews were near-identical across both sites.

Streamlabs responded to Lightstream’s accusation, claiming it “made a mistake” and that the company had used the text from Lightstream’s site as “placeholder text that went into production by error.” Not everyone was convinced though, with some users asking why Streamlabs made small tweaks like changing the names on user reviews if it was never intended to go live.

? Hey, can I copy your homework?▽ Yeah, just change it up a bit so it’s not obvious you copied.? Bet. pic.twitter.com/xODY5uDZePNovember 16, 2021

The situation’s gotten no better since then, with fellow livestreaming service OBS Studio chiming in about the service’s name choice. “Near the launch of SLOBS, Streamlabs reached out to us about using the OBS name,” the company tweeted. “We kindly asked them not to. They did so anyway and followed up by filing a trademark. We’ve tried to sort this out in private and they have been uncooperative at every turn.”

It’s prompted streamers like Pokimane to demand a response from Streamlabs, threatening to pull her support for the service including using her for advertisement. HasanAbi also promised to “never use Streamlabs again” if the situation remained unresolved. Even infamous leaker Edward Snowden took a moment to weigh in on Twitter: “I’m beginning to sense a pattern in Streamlabs’ behavior,” Snowden wrote alongside the image comparing both product pages.

streamlabs better resolve this entire thread of issues or i’ll be asking them to take my face off the platform + look to use another donation service. https://t.co/jfJoxIvc0yNovember 17, 2021

Former Streamlabs employees have also come forward, claiming that the company’s work practices were unethical in a long Twitter thread. Some claim that staff were fired for speaking up against the practices, including one situation where one was allegedly terminated immediately after Twitch Con “for ‘being stubborn’ about making it wheelchair accessible.” Another former employee claimed that a situation where users were unknowingly being charged for premium service Streamlabs+ went purposely unresolved “because of how much it made.”

Streamlabs has yet to respond to the accusations outside of its reply to Lightstream. I’ve popped off a request for comment and will update if I hear back.